Are engineers considered scientists? Some would classify engineers as scientists, while others will adamantly say they’re not.

To try and pin a definite answer, we’ll break down what it is to be a scientist and engineer.

Who is a scientist?

Scientists answer the questions we’ve all pondered at some point in our lives. I’m sure you’ve asked the following questions before:

To answer these profound questions, scientists do the following:

This in a nutshell is the scientific method. And the end result is the advancement of knowledge in a particular subject matter. In other words, creating new knowledge through discovery.

Who is an engineer?

Engineers solve real-world problems, making our lives more awesome. They invent, design, and build and maintain everything around you. Think of airplanes, smartphones, cars, mass-produced foods, and so much more.

For the most part, engineers use science and math principles in real-world applications. They find creative economical solutions to real-world challenges.

Overlaps in engineering and scientific work in the 21st century 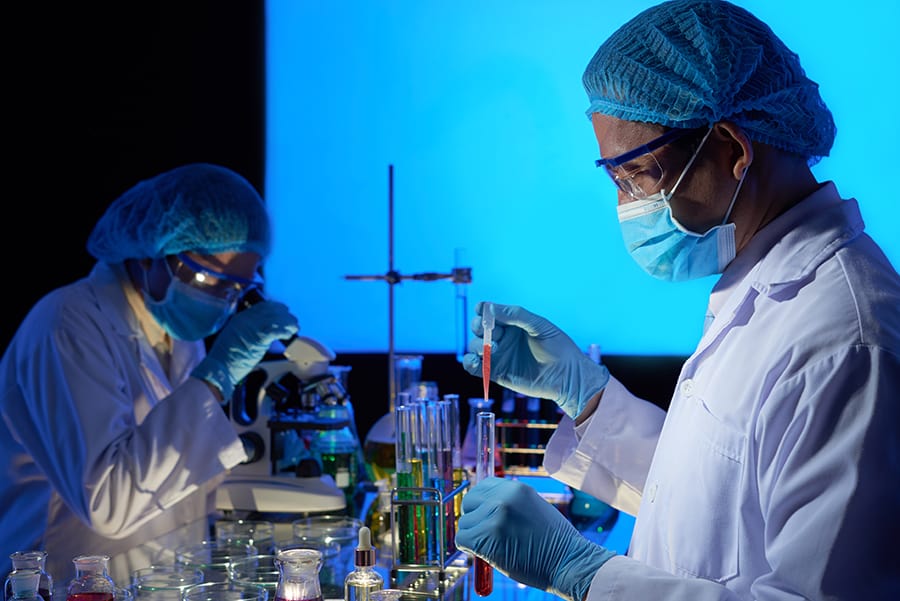 Both engineers and scientists have their hands dirty in many different roles. And the work under each title isn’t independent of one another. For example, an engineer may do some scientific research from time to time. While a scientist may do some engineering work here and there.

Depending on the industry you’re in and the job you have, overlaps will exist. In fact, in some lines of work, an engineer and scientist can be interchangeable.

The answer defaults to your work scope. In other words, what do you do for the most part of your working day? If you study how to best transfer power wirelessly, you’re probably a scientist. If you design wireless infrastructure using existing tech, then you’re probably an engineer.

What’s more, the two types of work have many similarities and are deeply woven together. For starters, scientific work requires a very creative mind. You need to come up with an experimental design and hypotheses. Even more, a lot of the time, you need to explain results without any direct observations.

Now surprising to many, engineering requires a good amount of creativity too. It’s why I compare engineers to Mozart.

Finally, both engineers and scientists rely on one another, showing their interdependency. Look no further than the Large Hadron Collider (LHC). The most recent advancements in physics relied on engineers building the LHC. On the flipside, discoveries by physicists unlocked knowledge for design engineers to use.

The point is, it’s not a stretch for a person to flip-flop between engineering and scientific work.

The versatility of engineers

Clearly, the role of engineers today isn’t black and white. An engineering degree is beyond versatile today. I compare the versatility of engineers to today’s NBA players.

In the 1970s, if you stood above 6’8″ tall, you’d either play forward or center. So you’d post up with your back to the basket for easy shots. At the same time, a coach would bench you if you dribbled too much or took long shots.

Today, 6’8″ tall players can play all positions, and they demand the highest salaries. These players bring the ball up the court to distribute, and some even live on the 3-point line. The point is, engineers have the same level of versatility today. You can work as a scientist, do marketing, sales, and so much more.

Do I think engineers are considered scientists?

Not surprisingly, anyone who researches to understand how something works is a scientist. Of course, they must use the scientific method.

On the other hand, engineering is a very broad profession. Naturally some engineers fall under this ‘researcher’ label, as they focus on unknowns. For example, engineers who do R&D work, driving technology forward. These engineers I label as full-blown real-world scientists. They’re no different than the Scottish physician Alexander Fleming. If you’re unfamiliar, Mr. Fleming invented penicillin!

Similarly, I consider many engineers who pursue a PhD in academia to be scientists. They do research to discover new advancements in their field of work.

Do I consider myself a scientist?

As an engineer on paper, I don’t classify myself as a scientist. To point out though, I don’t like labeling myself as an engineer either. Because all the trades have become too interwoven today.

All in all, I do research from time to time as I solve problems. But, I’m not trying to discover anything novel. For example, I’m not working to crack the solution to nuclear fusion. Rather, I’m figuring out how to put existing puzzle pieces together to build something.

So when I do research, I loosely use the scientific method. This means I rarely deep dive into my failing hypotheses. And I know, some scientists would rip into me for this. Because they, flip every stone, to understand why something doesn’t work. Only then, they try another method to crack a problem. In my line of work though, this level of deep diving isn’t necessary.

In short, I’m more of an “engineer” than a “scientist.”

“Are engineers considered scientists?” wrap up

The answer defaults to the type of work you do. Are you learning everything you possibly can about a topic? Or, just learning enough to do something practical with your knowledge?

Surprising to many, you can do both engineering and scientific work. Because nowhere does it say you can’t seek knowledge while building things.

The notion your title on paper dictates what you can do, is ridiculous. Your abilities and interests are the deciding factors of what you do.