Many analogies of life exist. But I find a conveyor belt analogy best captures our existence. Both from an individual and global lens.

By a conveyor belt, I’m talking about a continuous moving band of rubber or metal used to move objects. Where objects move from one point to another.

If you’ve ever stood at the baggage claim area in an airport to collect your luggage, you know what a conveyer belt is. Your luggage moves around in a circle waiting for you to pick it up.

In my analogy of life though, the conveyor belt isn’t set up in a circular formation. Rather, it’s a straight-running conveyor belt. Thus, if you place a box on one end, the box will eventually fall to the ground on the opposing end.

To point out, this analogy struck me as I was standing inside of a factory. At the time, I didn’t have much else to do, so I had my eyes glued to a plain old conveyor belt cranking away.

Once inside the shipping box, the box lid was then sealed. Thereafter, the box was forever removed from the factory.

The wheels in my head then started to spin the more transfixed I became. The conveyer belt seemed like a broken loop of endless motion.

This moment then became the genesis of my conveyor belt analogy of life.

The conveyor belt analogy of life at a human scale 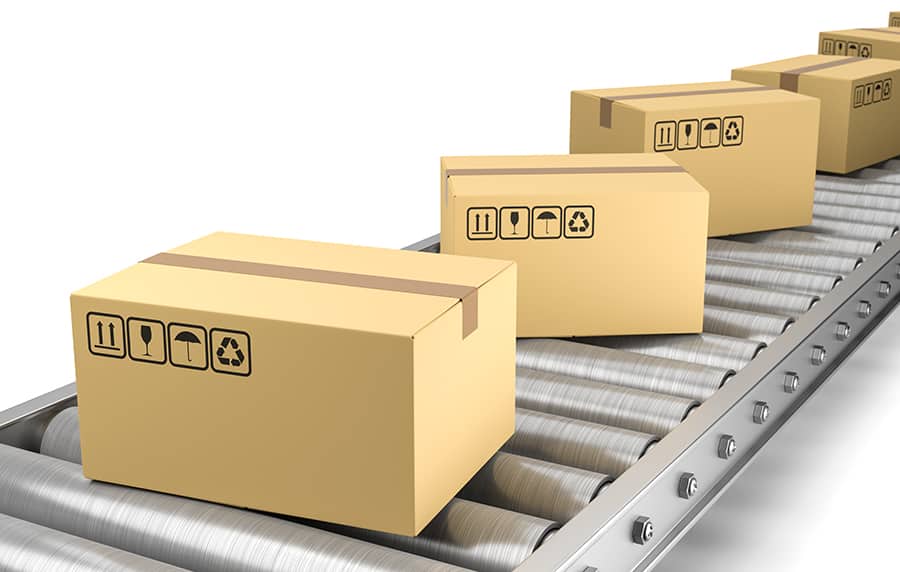 My focus on this part of the analogy is with individual people. For example, someone like myself.

Also, to point out, I’m mainly zoning in on the life and death moments of a person. Not anything that happens between.

By anything between, I’m talking about relationships, experiences, and what you accumulate.

Yes, the things that define our lives. But, these aren’t of any concern to my analogy of life.

Inside the conveyor belt factory

In our factory, there’s a large straight-running conveyor belt. This conveyor belt moves finished products from one end to another.

So when a new product falls onto the front end of the conveyor belt, it’s representative of new life. A human birth.

Next, when a product falls into a packaging box from the backend of the conveyor belt, it represents human death.

What’s more, our factory that houses the conveyor belt is representative of Earth. When a box leaves the factory after packaging, it symbolizes the people who have died on Earth.

But eventually, the deceased people return in the form of “recycled” material. A new person is then born.

Hence, the truth behind we’re all made of stardust.

Also from a pop culture lens, the 1977 hit song “Dust in the wind” by Kansas captures this moment for me,

Now, don’t hang on
Nothin’ lasts forever but the earth and sky
It slips away
And all your money won’t another minute buy
Dust in the wind
All we are is dust in the wind

Edge case scenarios over the timeline of human life

Imagine the conveyor belt is 120 feet long. Each foot represents one year of human life.

Most people don’t live 120 years though. So products continuously fall off the conveyor belt as they move along. Some at the 30-foot mark, while others at the 75-foot mark.

Each fallen product represents human death from any one of the following things:

In summary, some products fall off the assembly conveyor belt early. While others stay on much longer. But in the end, every product goes into a packaging box.

Every product has the same fate.

Just as interesting, it doesn’t matter what type of product you are. Every product will eventually fall into a packaging box.

From a human lens, this is representative of none of the following mattering in the grand scheme of life:

The conveyor belt analogy of life at a planetary scale 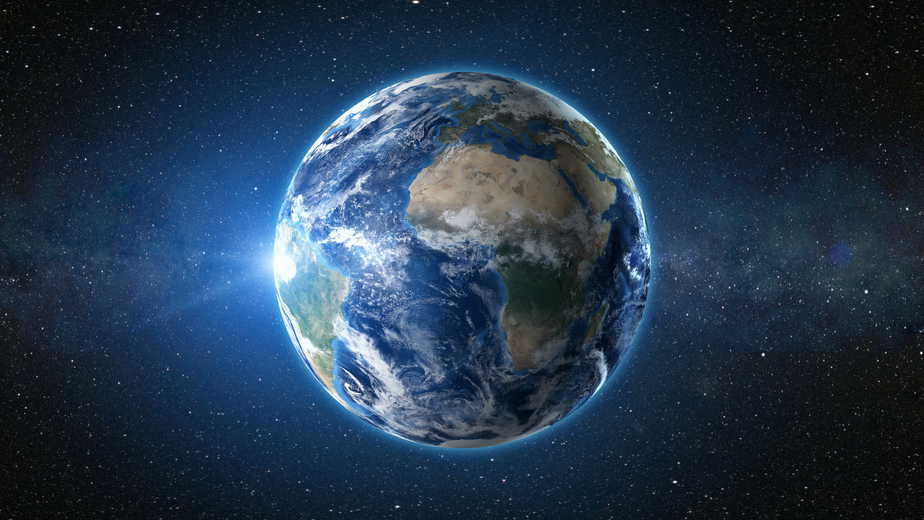 Now, let’s zoom all the way out and redefine our analogy parameters.

The entire universe is now the factory. Inside this factory is a gigantic conveyer belt.

The conveyor belt products are now astronomical objects instead of humans.

Let’s also assume the start point of the conveyor belt is the big bang. Thus, taking us back 13.8 billion years.

Now on this conveyor belt, the Sun and Earth both form. While the Earth has moved for roughly 4.5 billion years on the conveyer belt so far. This is from our human perspective today.

Also, Earth will continue to move for another 4 billion or so years until the Sun becomes a red giant. Then, the heat of the Sun will melt Earth.

Ironically, the killer of the Earth, the Sun, will soon share the same fate. It’ll fall into its own packaging box in 10 billion or so years from now, as it becomes a black dwarf.

Edge case scenarios over the timeline of Earth

What did we learn from the human analogy of life?

By the same token, many natural disasters could make Earth go extinct. For example, any one of the following incidents:

As a result, Earth would fall from the universal conveyer belt sooner than expected. In return, the human conveyor belt would instantly turn into a ball of dust.

The conveyor belt analogy of life at a universal scale 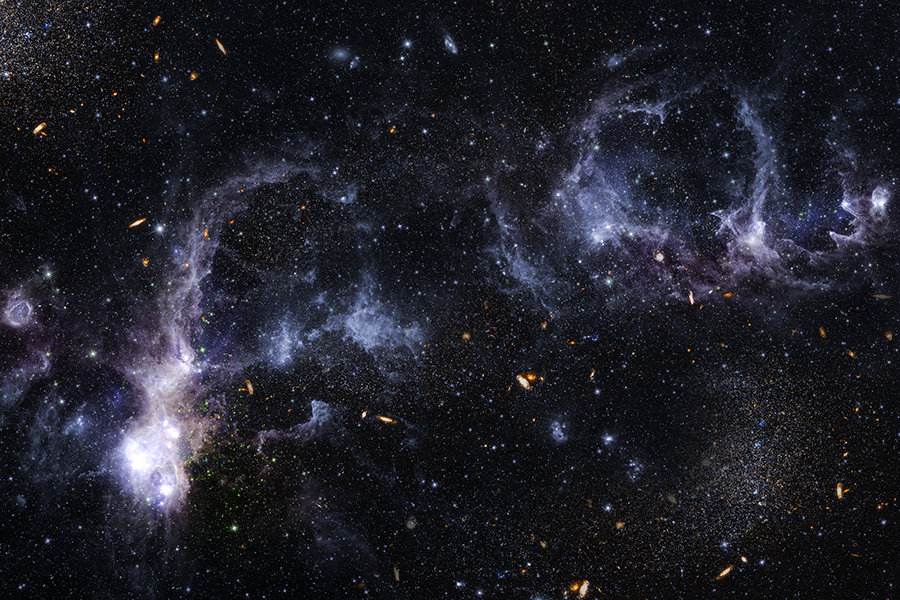 If we continue to scale up our analogy, what would happen then?

Eventually, every astronomical object will fall off the conveyor belt.

Every planet will over time go extinct as stars continue to grow larger and larger. Thereafter, the stars themselves would die one by one. They’ll all fall into packaging boxes like everything else.

Stars would have the following fates:

The universal factory would then become empty. The conveyor belt would no longer move a single product. It would be barren.

This outcome follows along with the heat death theory of the universe.

Right now, entropy in the universe is increasing. Stars are burning through fusion and distributing heat in return.

In other words, as entropy increases, heat is continuously spread out.

It represents the unavailability of thermal energy for conversion into mechanical work.

Entropy is also viewed as the level of disorder or randomness in a closed system.

Imagine the Sun. It radiates heat out into the universe day after day. But it can’t do this forever.

At one point in time, the Sun will die after it uses up its hydrogen fuel.

All the while, the Sun’s heat will have spread out into deep space. As a result, there won’t be any other warmer or cooler objects nearby.

Thus, the energy from the Sun, a hot source, has all moved to colder areas. The surrounding areas now reach a near-equilibrium temperature. In other words, all cold spots and hot spots will become near uniform.

Now scale up this Sun example to the entire universe. The temperature of the universe becomes uniform everywhere when every star dies.

Our factory then dies. A whole bunch of nothingness remains.

Important Note: let’s answer why the universe can’t do work.

Because the entire universe becomes a single temperature. Everything that can burn, will already have burned.

Think of a heat engine. A system that converts heat energy to mechanical energy. For example, a gasoline engine is a heat engine, like the motor in a car.

But, the temperature will be the same everywhere in the heat death of the universe.

It’s important to note, the end state of the universe is only a theory.

We found out increased entropy causes the heat death of the universe.

But also, entropy is all randomness. Maybe over long long long periods of time, the universe can resurrect.

New stars, plants, and life may return. Or maybe, something completely different forms. Who knows…

In the end, anything can happen. But for our extensive purposes, everything will one day be gone.

I know. This isn’t the most pleasant analogy of life.

In fact, it can sound draconian to some people. It can even cause an existential crisis.

But, it’s a reality that everyone needs to soak in. Because it helps put the unknown chaotic nature of life into perspective.

At the same time, I find it to be strangely comforting.

I compare this analogy of life to gazing for hours on end into the pitch dark night sky. Looking into the night sky at the stars is the best way to humble yourself.

All in all, appreciate the little time you have on this conveyor belt. Set your life priorities to what’s truly meaningful to you.

Because once you fall from the conveyer belt, YOU will forever be gone from the factory.

What are your thoughts on the conveyor belt analogy of life? What analogies on life do you use?