The future of petroleum engineering isn’t bright because of renewable energy tech. But fossil fuels will never completely phase out.

To better understand the situation, we’ll go over 11 things about petroleum engineering.

Important Note: fossil fuels are coal, crude oil, and natural gas. These fuel sources were made from buried plant and animal fossils, millions of years ago. Petroleum engineers extract these fuel sources from Earth for human use.

Not surprisingly, California set the goal of 100% clean electric power by 2045. This means California will soon rely completely on zero-emission energy sources. More states will then follow suit.

As an electrical engineer in California, I clearly see this shift in demand. With every passing month, I do more renewable energy and battery design projects. From both private and public customers.

Also, as I’m sure you’ve noticed, more and more electric cars are on the roads every day. This shift in demand has weighed heavily on the fossil fuel industry. In return, companies like British Petroleum (BP) aren’t sitting silent. They’ve set a net-zero carbon target by 2050.

#2 Reality of weaning off fossil fuels

We can’t flip a switch and go from fossil fuels to renewable energy sources. The energy infrastructure couldn’t accommodate such a transition.

In the past 30 years though, we’ve weaned off the more destructive fossil fuel, coal. Instead, we’ve used more natural gas, a cleaner-burning fossil fuel. So it’s a gradual transition.

The other problem is developing nations. For example, India and China have grown a considerable middle class. This demographic wants to become mobile and electric cars aren’t an option. Plus, petroleum is cheaper when regulations don’t exist and easier to deploy at scale.

In short, this transition is a global effort.

#3 Overtake of renewable energy and batteries 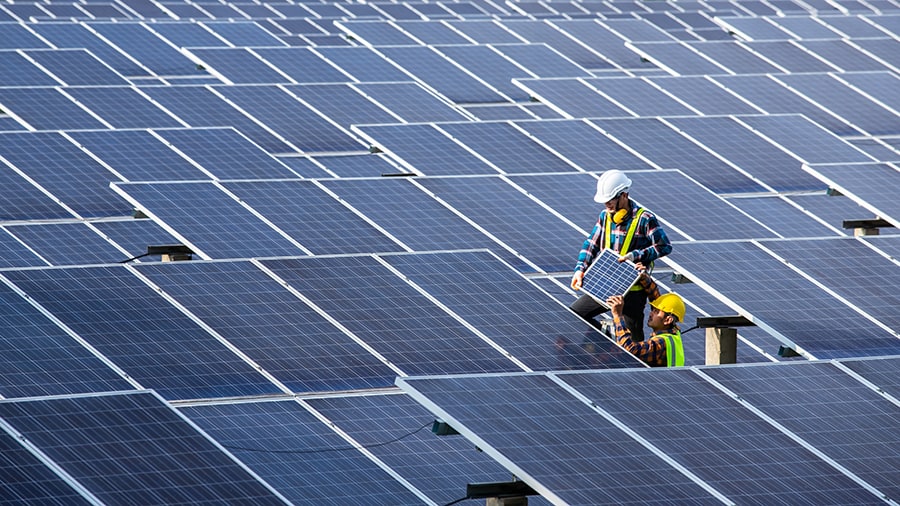 Look at California’s bold 2045 goal alone. This is spurring companies to constantly iterate over existing tech. The below U.S. Energy Information graphs peak into the future.

The writing is on the wall for the fossil fuel industry. And every tech advancement is another nail in the coffin.

One step further is coal versus renewables. The below U.S. Energy Information Administration graph shows the consumption intersection of the two.

Millennials and Generation Z were brought up with a negative view of fossil fuels. This by default will push many of them away from joining the petroleum industry.

They don’t want the public to view them as contributors to “Climate Change.” Imagine the hashtag #ClimateDestroyer with your name tagged. Not a good look!

Future work in the petroleum industry will probably be hostile. With the low-hanging fruit picked, engineers will need to travel to farther corners of the globe to extract fossil fuels. Think of the middle of the ocean or a below-freezing area.

I can’t see this being appealing to the younger generation. Especially, when the alternative is a lush office job in a temperature-controlled room.

So much of what we do today heavily relies on fossil fuels. Fossil fuels have too much forward momentum.

Look no further than the transportation industry. The following is a list of vehicles, which heavily rely on oil today:

It’s because fossil fuels are the perfect mobile fuel when you consider the following:

To scale renewables to the same degree as petroleum, will take many decades. And the demand for fossil fuels for the air industry and heating will not plummet anytime soon.

Even if we somehow move all modes of transportation off fossil fuels, we’ll still need plastic. Next time you go shopping, look at how much plastic you bring home with you. Then, look inside your own home, at all the plastic you have. Plastic is everywhere!

Unbeknownst to many, the manufacturing of most plastics comes from the petrochemical industry. So unless we find plastic alternatives, the demand for fossil fuels will remain. Then again, there’s huge pressure to find biodegradable solutions to replace plastic.

The point is, despite what many may think, fossil fuels still dominate the market. Below is a graph from the U.S. Energy Information Administration showing the demand.

With each downturn, oil companies reduce overhead costs by laying off staff. At the same time, oil supply typically stays ahead of demand. This drives down oil prices, and companies hire fewer and fewer engineers.

Now today, as the market for oil and gas slowly shrinks, companies enter maintenance mode. They maximize current production, while not spending on exploration and innovation. This also drives down demand for engineers.

In a time where we prize stability, a highly cyclic market may be too much for some engineers. Especially, if you just want to collect a paycheck and pay your bills without a fuss.

#7 Challenges within the oil industry 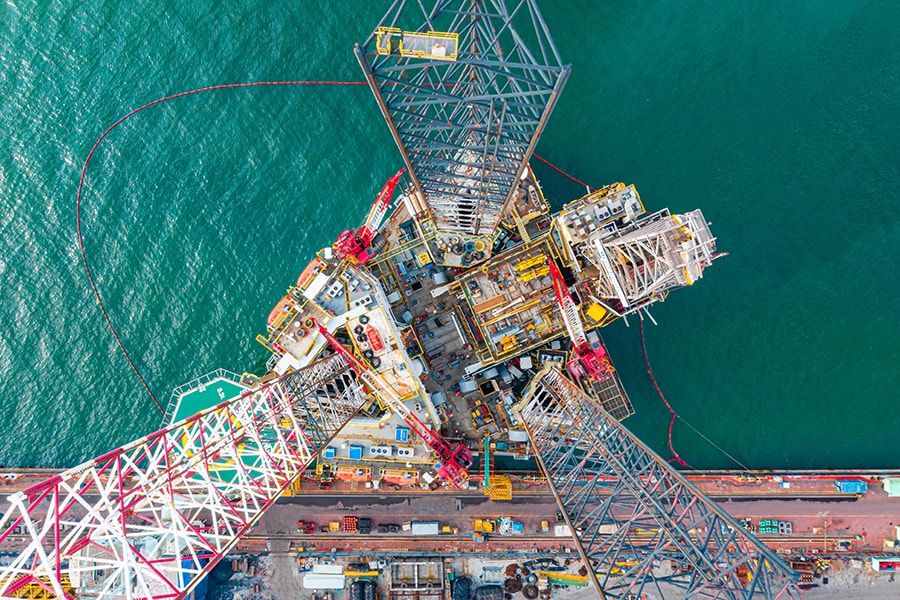 These difficulties have turned into another win for renewable energy. Especially, as the cost of renewables drops.

Second, more new regulations on oil extraction are popping up every year. On a level playing field, fossil fuel costs are cheaper than renewables. But regulations placed against fossil fuels, and renewable subsidies, have flipped the script.

Strict laws have made fossil fuel extraction expensive. Drilling today requires extra care and detailed planning. In many instances, it becomes a loss to even drill for oil.

A large percentage of petroleum engineers are baby boomers, who will soon retire. Or, employers will force them to retire because of economic downturns.

Since we still heavily rely on fossil fuels today, we need replacement engineers. Not any engineers though, but highly-skilled engineers. This will be difficult, as many best practices will sail away with the retiring engineers.

Given all the new challenges in the industry today, this will further handicap the field.

A degree these days doesn’t pigeonhole you to only do one type of work. This is why I recommend getting a non-petroleum engineering degree.

Instead, pursue say a mechanical engineering degree. You can still then work in the petroleum industry. I know a handful of people who’ve done just this, and they highly recommend it.

And yes, you can flip my argument around. There are tens of thousands of petroleum engineers who have switched industries. But why make your work harder than it needs to be? Many other engineering degrees exist, which are much more versatile.

Going back to the mechanical engineering degree. It’s one of the most flexible degrees and crosses over to almost every industry. While a petroleum degree is specific to only one industry, as the name implies. 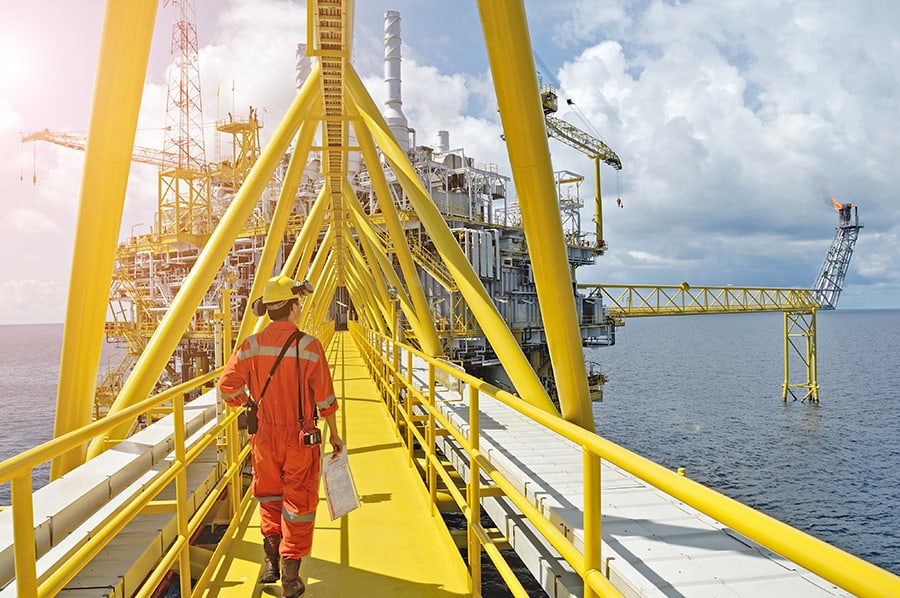 I’ve mentioned how the petroleum engineering degree isn’t broad in scope. But, the drilling applications do have scope beyond fossil fuels. One alternative application is geothermal, which is a renewable energy source.

Important Note: geothermal energy uses the internal heat of the Earth. Parts of Earth have a build-up of magma pools, which we use to heat up water.  The water turned into steam, then spins a turbine. A generator connected to the turbine generates electricity.

In this application, we pump water underground onto hot rocks to create steam. Petroleum engineers can manage this work. Because they understand geology, drilling, and fluid flow.

This is an untapped industry, with a very bright future ahead. We’re far from maximizing geothermal energy sources.

#11 New tech advancements in the oil and gas industry

New tech will make drilling and production cheaper and cleaner. So even as renewable energy advances, fossil fuel tech will also improve.

This is great, considering developing nations will heavily soon rely on fossil fuels. Unless a global initiative is set up, I don’t see a reason for these other nations not to leverage fossil fuels.

In short, new tech will prolong our dependencies on fossil fuels. While also opening new jobs in many corners of the globe.

“What’s the future of petroleum engineering?” wrap up

Petroleum engineering isn’t going anywhere in the next 50 years. This is despite people screaming the sky is falling. But, I don’t see another huge oil boom with everyone getting crazy rich. The fossil fuel demand will only dwindle over time.

This is why I can’t recommend anyone to dive headfirst into this career. Unless you have a deep passion for the work with amazing grades from a top-tier school. Also, you’re okay with a historically unstable career.

Even then, I recommend you pursue a mechanical or chemical engineering degree. You can receive the same petroleum engineering job but have greater opportunities.

What’s the future of petroleum engineering in your eyes? Do you think fossil fuels will ever be completely phased out?