I’m going to cover the most important calculations for different power system scenarios. You’ll learn how to apply the per unit method to the following sources of short circuit currents:

Before we start, let’s talk about short circuit currents and the per unit method. This will highlight why these calculations are so important. 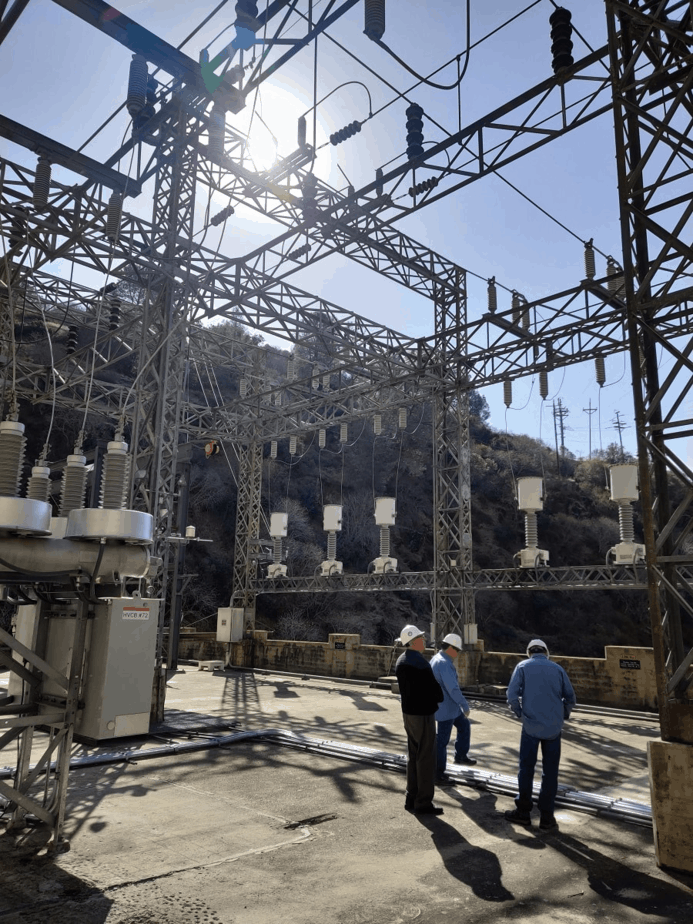 To no one’s surprise, power engineers design power systems to be safe and reliable. This includes protection from short circuits. Because short circuits can cause the following problems if not accounted for in a design:

Clearly, you want to avoid short circuits. But, no matter how careful you are, they do happen from time to time. Some of the causes are the following:

Also, the following happens when a short circuit occurs in a power system:

Let’s establish the typical per unit relationships for

systems. First, we start with the following base values:

Next, the following are the basic per unit relationships:

Just as important, the following are the derived base value equations:

Finally, to convert from percent (per) on an old base to per unit on a new base do the following:

Important Note: the per unit system has four base values. These are base kVA, base volts, base ohms, and base amps. If you’re given any of the two base values, you can derive the other two.

Commonly, you assign KVA and voltage to a study’s base values. Then, base ohms and amps are derived for each of the voltage ratings in the power system.

The electric utility delivers short circuit current from its system generator(s). These are the generators utilities use to generate power for their customers. Of course, these generators don’t directly feed customers.

Rather, a utility connects to its customers through transformers. A transformer simply changes the system voltage and current magnitude. But, they do not generate voltage or current.

So, the short circuit a customer receives through a transformer depends on the following:

Example #5: a 5,000 kVA transformer with an impedance of 7% on its kVA rating. Assume the impedance is all reactance. 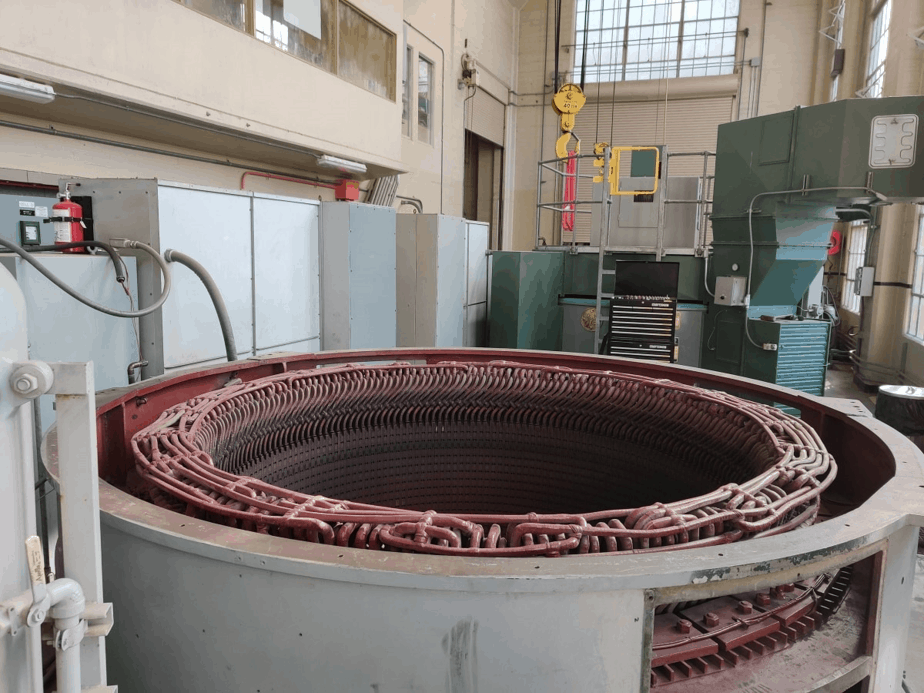 Now, what happens when a short circuit occurs on the circuit the generator feeds?

Think of a hydroelectric facility. Water from the reservoir will continue flowing and turning the turbine. The turbine then activates the generator. As a result, the generator voltage produces a short circuit current. The current flows from the generator to the fault location with the following limits:

Even more, short circuits can happen at a generator’s terminals. In this scenario, the generator’s impedance is the only limit to the outputted current.

Synchronous motors are very similar to generators as we just learned. In fact, their construction is near identical.

With a synchronous generator, there’s a stator winding where alternating current flows. This produces a rotating magnetic field. But, there’s also a field excited by direct current.

Now, a normal synchronous motor operates by drawing AC power from its connected line. It then converts electric energy to mechanical energy. When a short circuit happens though, the system voltage drops considerably. The motor then quits delivering energy to the connected mechanical load. In return, the motor slows down.

Important Note: when a motor is run from an external prime mover, it becomes a synchronous generator. This can happen when the

power supply goes away and the DC field supply remains. In our case, as the inertia after power shutoff continues spinning the “motor.”

The amount of short circuit produced depends on the following:

The generated field is by induction through the stator, versus a DC winding. This flux then acts in the same way as the DC field winding of a synchronous motor. Also, the motor rotor flux remains normal as long as the external power source applies voltage.

But, when a short circuit occurs, the external voltage source goes away. The flux of the motor rotor can’t instantly change though. The inertia of the rotating parts of the motor will continue to drive the motor. This then leads to a generated voltage in the stator winding.

As a result, a short circuit current flows from the motor to the fault location. This lasts for a few cycles until the rotor flux decays to zero. The amount of short circuit produced depends on the following:

Just be sure you learn the basics and all the sources of short circuit currents very well. Otherwise, you can make simple hard to catch mistakes.

What are your thoughts on per unit method short circuit calculations? What source of short circuits do you see the most?