Leadership in engineering is an art. Because managing the egos of incredibly smart people with differing personalities is far from easy.

To make matters worse, many engineers have introverted tendencies. This makes reading some engineers super difficult. But, there are 5 easy to follow tips engineers transitioning to a leadership role can use.

Many engineers treat people like they would their personal computers. Because this is all they know, and your computer won’t let you down even if you treat it like shit. No wonder employers love machines so much. Heck, I’ve even written about why machines are better than humans at work.

But I digress. Humans aren’t machines!

Engineers have emotions, despite what they may want you to believe. If you order an engineer to do something they despise, they may do it for a couple of days. But then, they’ll stop and they may even hate you for ordering them around.

So, treat engineers with respect, not like a newly unboxed machine. Then you can more easily increase their productivity by showing them how to work like a machine.

#2 Put yourself in the shoes of others

Place yourself in the shoes of the people you’re managing. You’d never want someone to treat you like a doormat. Even the most rational level-headed engineer would despise such treatment. Because all humans have some emotions baked into them.

Also though, engineers know THEY generate a tech company’s revenue. For this reason, any distinguished engineer would never allow others to treat them like shit.

Let’s now take a step back to machines. Like machines, humans have unique inputs to trigger certain outputs. As a leader, you need to provide these inputs to get your desired output. I know this sounds cynical, but from a granular level, every human activity is a group of inputs and outputs.

For example, almost all engineers have aspirations. Just think about your engineering career. What fed your aspirations and made you maximize your work output? If I was a betting man, I’d guess one of the following:

I find switching roles with those you’re managing to be a great exercise for managers. Because sometimes as a leader, you forget how similar you are to your engineers.

Everyone likes to feel good, and a simple compliment goes a long way. So leaders need to go out of their way to take notice of their engineers. For example, pointing out the amazing work of an engineer or a team of engineers.

But, be genuine. If you’re not, any half-smart person will know you’re bullshitting. This will ruin a relationship faster than ignoring someone.

My motto is always to treat others how you’d want to be treated. It’s as simple as remembering someone’s name and saying “hello” in the morning. This isn’t too much to ask for.

Even more, have empathy. Certain engineering decisions may seem silly and even stupid to you. But everyone makes mistakes. No one is perfect. Some engineers just hide their confusion and insecurities better than others. So, lend a helping hand when you can.

This leads us to Elon Musk’s following words on being awesomely good:

As a leader, Elon Musk created an engineer-focused work culture at SpaceX and Tesla. Even more, Elon has workplace rules to optimize the output of his engineers. You can learn A LOT from Elon’s leadership style. Especially since he’s knee-deep in engineering work himself.

#4 Connect with engineers on a deep level 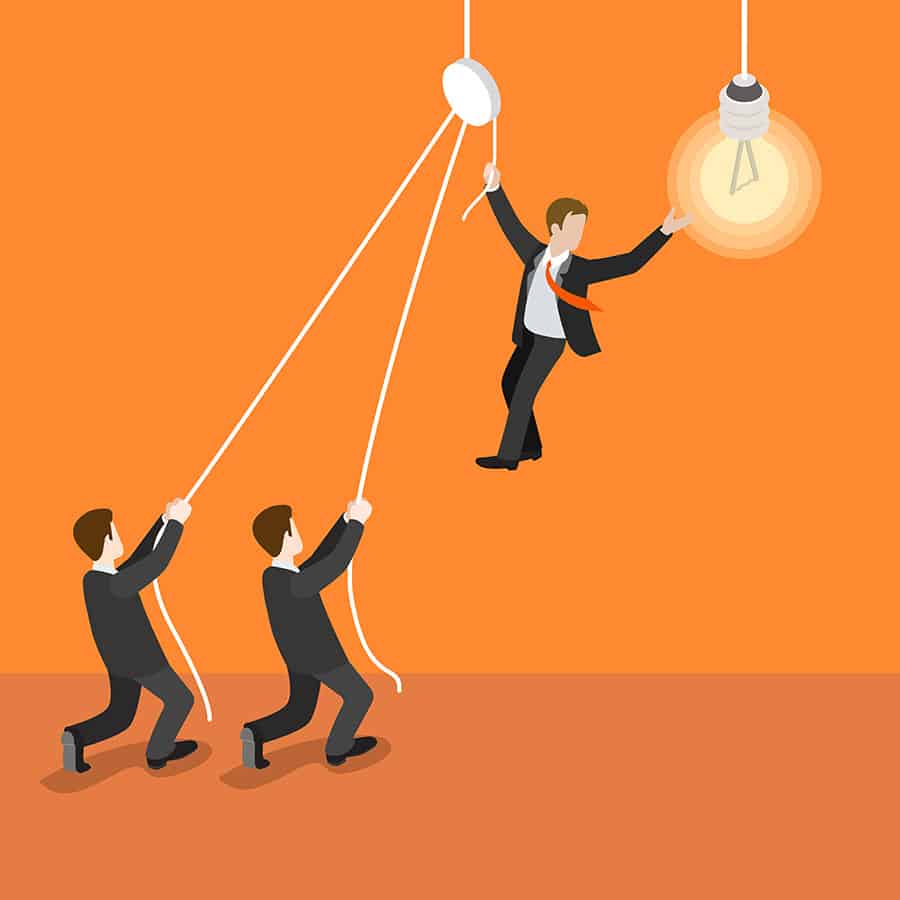 Find what lies in the heart of hearts of your engineers. Then, use what you find to connect with them on the deepest of levels. In other words, most engineers are deeply passionate about a given subject. If you can tap into this passion, engineers will take a pay cut to work for you.

For example, I have friends who work at SpaceX. Each of them grew up loving space, and even more, they want to leave their mark on humanity. Now what better way to do this than working at SpaceX, the new-age NASA?…

SpaceX attracts top engineering talent from all disciplines of engineering. It all started when Elon Musk doubled down to make humans a multi-planetary species. Elon’s words resonated with many like-minded people who shared his vision. But, they couldn’t execute their dreams because they lacked the resources and cojones.

So, Elon Musk created a vessel for people to connect with their dreams and like-minded people. Elon had tapped into people’s deep woven inner thoughts. This is why engineers work long grueling hours at SpaceX. Even though, there are better-paying jobs a block away.

What’s more, SpaceX leadership knows what engineers want and feeds them the following:

This powerful lesson of leadership in engineering often goes untapped. The reason is, most businesses have bullshit missions. Just think about it, there are billion-dollar businesses whose sole goal is to get people to click on ads…

To point out, if your mission sucks, you can still have an awesome workplace, engineers connect to. For example, you offer an environment where engineers can flex their technical skills from 8 to 5. This would tap into the innate desire of many engineers. It wouldn’t be as cool as engineering rockets to send to Mars, but it’s still impactful.

#5 Get your hands dirty

Don’t stand on the sidelines with your feet kicked up on your desk. Go get your hands dirty and show your engineers you’re not afraid to get in the trenches. This will inspire and make engineers who follow you, work harder.

Even more, by making yourself accessible to your engineers, you become humanized. In other words, you become relatable as a human and this builds deep-rooted connections. This is why Elon Musk stated the following:

Elon Musk doesn’t shy away from getting his hands dirty. In fact, most of his work is doing engineering. He’s on the factory floor rubbing shoulders with all his employees. He even sleeps in his factories!

So, do NOT isolate yourself from the people you need the most. Because engineers will question your motives and morale will drop fast. Engineers will even quit because of this.

I go as far as to say you need to ALWAYS have an understanding of all technical details of a project. Otherwise, you can’t properly lead engineers or provide any meaningful feedback to engineers. You’ll then come off as a puppet. Personally, I had the most respect for bosses who were insanely smart and who worked alongside me.

The importance of leadership in engineering wrap up

Engineers by training have the technical skills, so they understand projects from a granular level. Then combined with great leadership skills, engineers can make downright awesome leaders.

In the end, everyone wins with greater leadership in engineering. Engineers will feel fulfilled by working under someone who gets it. And projects will get hit out of the park each and every time.

Do you think engineers make great leaders? What’s the best type of leadership in engineering?