Time passes so fast, that one day you wake up and 10 years have just disappeared. How does this passage of time look from another perspective?

I know, even Blockbuster died years ago. I’m dating myself…

Regardless, these machines had a fast forward button. When you pressed the button, you’d see the movie you’re watching race past the screen.

A 2-hour movie would race by your eyes in 5 or so minutes.

This is exactly how I view life sometimes.

When I’m alone with my own thoughts gazing into the sky, I think about this fast forward button.

Imagine someone is watching over us now through a lens. They then press the fast forward button.

Each of our lives would resemble those plant life time-lapse videos.

The plant starts from a seed, grows, fights to survive the elements, then dies. All this captured in a minute’s time.

In a similar way, the footage would compress our perceived illustrious lives. Each life would become a mini video capture. Where each video capture is unrecognizable from the next for the most part.

How different would human life look in a time-lapse video? 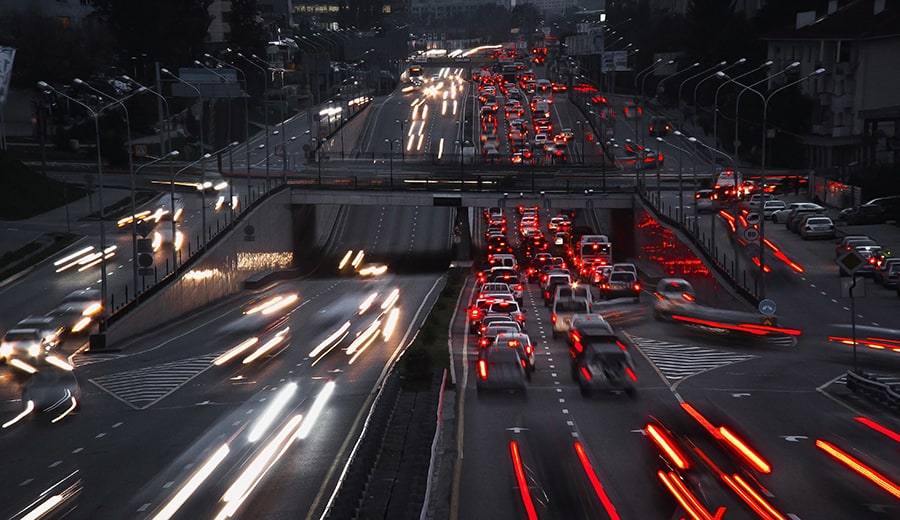 I wouldn’t think it’d look much different from person to person. My example is assuming life in America.

That said, it all depends on how zoomed out our footage lens from above is. If we zoom out too much from Earth, we wouldn’t see any change.

We’d simply see the change in the Earth’s atmosphere.

But zoom in a little more, and humans would look like bacteria moving around. Imagine it being like the vehicles on highways and people walking on sidewalks.

Then zoom in a little more, and you’ll see the same routine repeated day after day. The following actions will take up a big part of every person’s days:

I want to emphasize the sitting though. There will be the following types of “sitting” our footage will capture:

The point is, the sitting activity doesn’t matter whatsoever. The footage all looks the same when we press the fast-forward button.

How would human dreams, beliefs, and passions appear in the footage?

The footage wouldn’t capture any of it.

In fact, the fast-forwarded footage will erase our individual dreams, beliefs, and passions.

Yes, some individual dreams would directly impact our overall footage of humanity.

For example, think of the impact of Steve Jobs. After his run with Apple, his effect on our captured footage would be profound.

Because of him, we can now add a fourth action, to the three actions I had mentioned earlier. Most people would now stare more frequently at their phones for a good portion of their days.

But what’s interesting is, none of this would trace back to Steve Jobs himself.

Our footage is only video capture without audio or context.

So as I described with my “sitting” example, everything in our footage looks near identical.

The funny thing is, people would still have phones glued to their faces. Except, it’d happen maybe 5 to 10 years later in our timeline.

If we keep our finger on the fast-forward button, 10 years would race by in 10 seconds. So, does it really matter in the grand scheme of things? I’d say no.

In other words, what is “meant” to unfold for humanity will unfold. Humanity has a built-in momentum when it comes to tech advances. An individual does NOT sway this momentum in the bigger picture.

To better illustrate this, consider the following in the long future ahead:

Of course, I’m assuming we continue to advance as a species. Also, a cataclysmic natural disaster doesn’t wipe us all out of existence.

I find this subject resonates perfectly with what I wrote on the truth about leaving behind a legacy.

What’s the point of comparing life to a VCR fast-forward button?

Once we all reach adulthood, we all know time passes fast. Very fast!

So this thought experiment further highlights the great speed of the passage of time.

More specifically, I’ll show you how living in the present is so important.

Fast-forwarding 30 years into the future

Many people plan out every stage of their lives, decade after decade.

So, you know exactly how each decade of your life will unfold.

Now, imagine someone hits the fast forward button on your life at this very moment. You’re instantly transported three decades forward in your life.

As you land into your future, you’re given a report card showing where you now stand in life.

For a moment or two, you may feel deep sorrow or joy. This all hinges on whether you accomplished what you wanted or you fell short.

But for the most part, you’re not surprised by what you see. You land where you had already envisioned. Because you had planned everything 3 decades earlier.

Lo and behold, that’s how life unfolds. If you closely analyze your life today, you can near accurately picture how your life will be.

You just need to extrapolate over enough people who also once shared your dreams. Envision both the good and bad.

By creating enough future scenarios, one of them should closely hit the mark. Or maybe, it’s a combination of scenarios that hit the mark.

The important question is, if you fast forward to different stages of your life, how satisfied will YOU be?

Forget the bullshit of how you want others to view and judge you. That doesn’t matter whatsoever. The commentary from others is noise, that our footage doesn’t capture.

This highlights the cliche quote, “life is about the journey, not the destination.”

So, what’s important is, you do what YOU want in your life. Otherwise, you’ll live with regrets as time passes by so fast.

Think about your past right now.

You can think of many different memories. Both great and bad.

But now, try to piece the memory parts together to form a clearer crisp picture. You know, to tie all the human senses together to vividly remember everything.

It’s like a big blur, no matter how hard you try to recreate the memories. You can never get a firm grasp over it.

This blur is like pressing the fast-forward button on our VCR. In the future 30 years from now when you look back, you’ll have more of the same blurs to reflect on.

The point is, pursue things because YOU want to pursue them. If you hate every minute of your pursuit in the present, then what’s the point?

Because in the future, all the following things will look the same on our VCR, they’ll become a big blur:

Important Note: I know, to make a living you may need to do certain things you hate. Working an 8 – 5 job that sucks to pay the bills is one of them.

But there comes a point where you’re only doing things to fulfill insecurities. This is when things become a slippery slope.

For example, destroying your health to go from ten million in your bank to one-hundred million.

The only end goal is to add an extra zero to your bank account. Plus, to impress people you don’t even like. It’s insanity!

What happens at the end of our lives using the VCR fast-forward thought experiment?

As we discussed already, thinking of your past is but a blur.

No matter how hard you focus and try to puzzle together all the memory puzzle pieces.

Now, let’s extrapolate our past onto our full life once it reaches an end. We can conclude our entire life will soon be like a VHS tape played on fast forward.

So the repeated lesson is to do what sparks joy inside of you now. Do what you want to do in your life.

Time passes so fast, you may not get a second chance.

In the end, all our VHS tapes will look alike.

Humans are but a blip in Earth’s timeline

I want to crank up the perspective of our VCR fast-forwarding to another level. As I’ve discussed before, humans are but a blip in the timeline of the cosmos.

Let’s have some fun and assume a giant that “lives” over one-billion years is watching over us. If the universe had eyes, it’d be this giant.

In this thought exercise, we’d be much more insignificant than a mayfly in the eyes of the giant.

Mayflies live one day and then die. Mayflies transition from an egg to an adult in a blink of an eye from our perspective.

So we can say their time passes so fast on this planet. The giant would then say the same thing about us.

In this instance, we’d be the species in true fast forward mode. We’re born, grow from a child to an adult, then age, and die.

I find this to be a neat thought exercise with how time passes so fast.

What’s more, it humbles you and gives you perspective on how to lead an enjoyable life.

When I revisit this article 10-years from now, my life will just be fast-forwarded 10 years. Whether I like it or not, most everything in the next 10 years will become a big blur then.

So, what I experience today, is my only true reality.

Thus, living in the present is what’s important. At the same time, set goals that ring joy inside of YOU.

Because in the end, the fast forward button doesn’t discriminate.

Somewhere there’s a huge room with endless VHS tapes stored. And for the most part, the footage on each VHS tape will look near identical.

Do you ever think about how time passes so fast? How do you try to live in the present with all your responsibilities?