What’s Michael Jordan’s hang time? Jordan could hang in the air for 0.98 seconds on Earth. But on Moon and Pluto, MJ would fly!

If you watched any basketball in the 80s or 90s, you’re probably a huge Jordan fan. You also know very well about the ‘Air Jordan’ nickname.

MJ was Air Jordan because the laws of physics didn’t seem to apply to him. When he jumped, it really seemed like he magically suspended himself in midair.

So let’s see how much Jordan really defied gravity. We’ll calculate and understand his hang time. 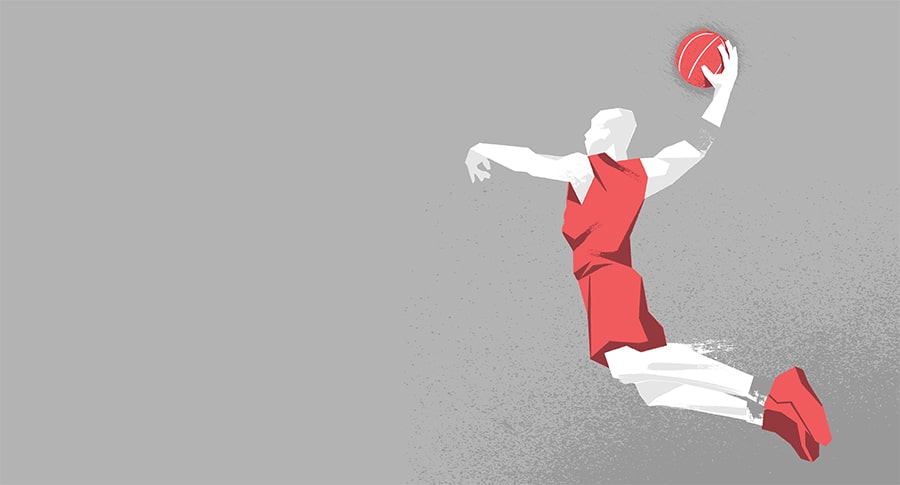 “I don’t know about flying, but sometimes it feels like I have these little wings on my feet.”

These were famous words by Air Jordan in his heyday. And the crazy thing was, for a single moment, he actually did fly. He has millions of witnesses too, whose jaws dropped to the floor every night.

But through high school physics and Sir Isaac Newton, we know what goes up must come down. So once you jump, gravity is already pulling you back down to Earth.

Simple physics provides us with the following equation:

This equation allows us to calculate how long it takes for an object to fall a distance ‘d’ that’s above the ground. While ‘g’ is the gravitational acceleration on Earth at -32 feet/sec

. And ‘t’ is the time it takes the object to fall the distance ‘d.’

every second it’s in the air.

. In other words, due to Earth’s gravity, the object speeds up from 100 feet/sec

To calculate hang time, we need to rearrange the equation as following and solve for t:

So, a person’s hang time is the total time of staying in the air. Using this information, we multiply the height ‘d’ in our equation by 2.

Next, we convert from feet to inches, as our vertical jumps are all measured in inches.

Students at the University of North Carolina measured various jumping scenarios for Jordan. The following are the results:

Now, we plug the vertical jump values into our equation and calculate hang time:

Jordan’s hang time at his peak was a hair under 1 second. It doesn’t seem like much, but let’s compare this hang time to an average person.

For normal athletic men in their 20s, an 18 inch vertical is about average. This computes to a hang time of 0.61 seconds.

0.61 seconds isn’t too far off from Jordan’s peak hang time. But every tenth of a second makes a world of a difference in sports.

Important Note: everyone’s center of gravity will accelerate the same. Some people simply jump higher than others. How long you stay afloat directly relates to the height of your jump. The higher you jump, the longer you stay in the air.

In the end, the same laws of physics that apply to you and I, apply to Air Jordan as well. Jordan just creates an illusion of flight because of the following factors: 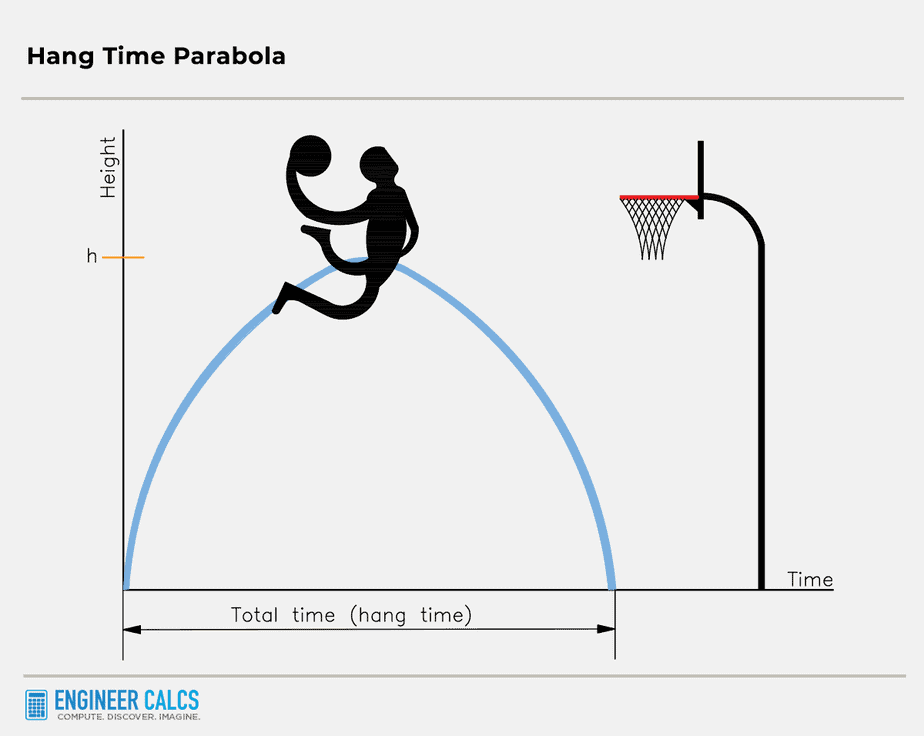 Jordan’s hang time was best captured in his iconic free-throw contest dunk in 1988. Unfortunately, there’s no way to accurately calculate his hang time due to the lack of data. I couldn’t find any factual data on what his peak jump height was.

Regardless, let’s try to model his hang time using the following simple equation:

ho: initial height of the object from the surface

t: number of seconds the object is in the air

This equation is quadratic. Thus, the relationship between height and time in the air has a shape of a parabola. While the y-axis is the jumping height, and the x-axis is time.

Not surprisingly, in this free throw dunk, Jordan didn’t reach his full jumping height. This is because he had to use this thrust to propel himself in the horizontal direction too. He had to travel near 15 feet towards the basket from the foul line.

It’s impossible to maximize both your vertical and horizontal jumping distances together. In conclusion, Jordan’s max hang time calculates to a mere yet impressive 0.98 seconds. 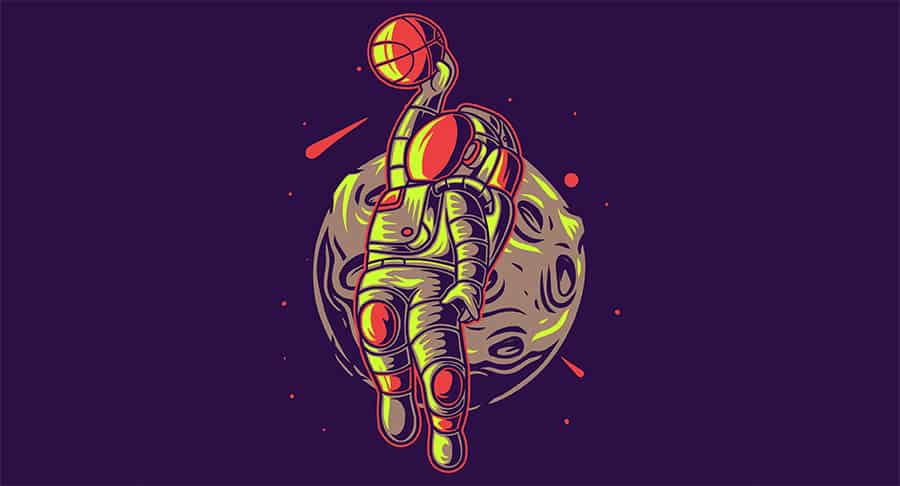 Let’s have some fun!

Let’s see how his Airness would do on very far and different planetary objects. Because the Earth seems to even limit the great Michael Jordan’s hang time.

In our calculation, we’ll assume Jordan jumps with the same force he did on Earth. Also, we’ll use Jordan’s 45.76 inch vertical as a reference, where he had a running head start.

To illustrate a calculation, we’ll run the numbers with Jordan jumping on Jupiter.

Even Air Jordan wouldn’t be fun to watch on Jupiter. His vertical jump and hang time would be nothing to write home about.

Below are more calculated numbers of Jordan playing on different solar objects.

Without a doubt, watching Jordan play on the Moon or Pluto would be insanely entertaining. He’d truly fly!

“I mean we all fly. Once you leave the ground, you fly. Some people fly longer than others.”

Jordan was without a doubt an athletic freak. But what’s evident is, even MJ couldn’t defy gravity for more than a second.

Yet, how he moved in the air and how high he jumped, gave us a glimpse of the impossible. For a brief moment, the world froze as he effortlessly glided through the air with his tongue wagging.

It was poetry in motion.

Now just imagine Jordan playing on our neighboring Moon. It’d be an unforgettable sight to see!

What do you find the most impressive about Jordan’s ability to jump? Do you think any human will ever be able to hang in the air for more than 1.5 seconds?