Hollywood is rife with engineering stereotypes. Sometimes the depictions of engineers are outright wrong. But other times they’re on point.

I’m going to go over the 10 most common engineering stereotypes Hollywood throws at us. I’ll then discuss how accurate I think each is. You can then form your own conclusion and also get a good laugh. 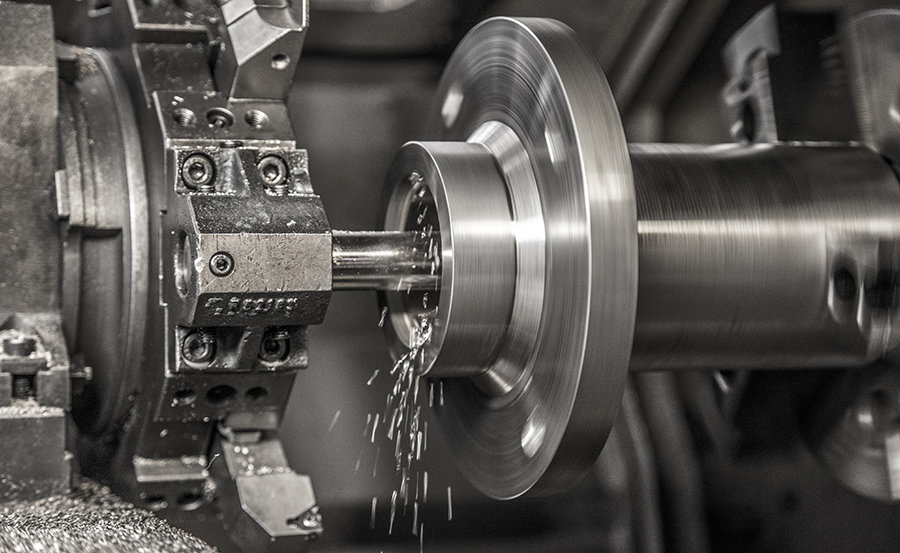 The countdown to the end of the world begins. All the while, the tech doesn’t exist to save the world from imminent doomsday. But lo and behold, there’s a brilliant group of engineers standing by who race to the rescue. They all huddle into a dimly lit backroom filled with random junk. You then hear the banging of tools going to work, with a hammer pounding away. Coffee is also endlessly poured, keeping the engineers alert and energized.

The brainstorming stage alone to come up with a design direction can take years. Then, throw in the timetable for the engineering design and development work. So quickly, it becomes clear how ridiculous movie timelines are.

An engineer is one-day solving differential equations on a chalkboard. Then the next thing you know, they’re doing all of the following:

To say this breadth of expertise is a stretch is the biggest understatement. Engineers aren’t anywhere close to this flexible, in their abilities. Mastery of a single engineering subject alone takes many years. So, you don’t have the time to master many diverse subjects at a peak level. Plus, your brain just doesn’t have the processing power to pull this off.

It’s only in movies where a single engineer wears countless hats. The engineer is a high-level designer by day and a global peacemaker by night.

One engineer does everything from A through Z singlehandedly. For example, the U.S. President orders the development of a weather-fighting device. A single engineer then comes up with the design concept and manufactures the device. All the while, the engineer doesn’t ask for any outside help. And frankly, there’s no need. Because engineers are insanely brilliant and they’re masters of all trades, right?…

Hopefully, you caught my sarcasm.

In real life, a single engineer never will do everything. Especially, when we’re talking about working on bleeding-edge high-tech devices. In the real world, many different expert engineers need to collaborate together.

#4 Inventing in the garage

Decades ago, Bill Hewlett and David Packard founded HP in their garage. Ever since it has become sexy for Hollywood to show engineering work in garages.

Now, what’s lost in translation are the products Bill and David worked on. Sure, their garage was a research lab and workshop. But their first product was an audio oscillator. Not a fusion reactor!

Yet, Hollywood shows engineers building all types of advanced tech in their garages. And these garages are by no means state-of-the-art. Rather, they’re plain old vanilla garages found all over suburban America.

What’s more, somehow, inside the garages are millions of dollars of advanced equipment. Also, let’s not forget about all the following unexplained attributes of the garages:

#5 Repairing unfamiliar tech in a jiffy

When you have the ‘engineer’ title, you can instantly repair everything, right? This is what Hollywood wants you to believe.

It’s always amusing when the government hands an engineer an alien spacecraft. The engineer then does a little head-scratching with curiosity flooding their face. The next thing you know, the engineer is knee-deep into the spacecraft. They’re taking things apart and playing with all the screens.

All the while, the engineer carefully puzzles together how everything precisely works. They do this without any documentation or manuals too. This is some serious wizardry going on!

In reality, engineers need documents to reverse engineer foreign equipment and devices. Unless the engineer has years of time to try to learn how something works.

On the same token, I’m always amused when people think I can fix everything. Yes, I’m an engineer, but I’m not an expert in taking apart all your home devices and fixing them for you.

Time ticks down with the fate of the world resting in the fingers of an engineer. Many action movies have an engineer staring deeply into a blue screen. And background music intensely blazes on as distressed onlookers stand by in fear. The following is the typical sequence of events:

The engineer calmly takes a seat and scopes out all the lines of code. You then see the cracking of knuckles before the intense hacking begins. After a few minutes with sweat pouring down the engineer’s face, the job is suddenly done.

You then hear a huge sigh of relief from all the bystanders. The engineer has done the impossible of hacking into the national security system. Incredible, right?!

I actually find this all to be pretty gnarly, given how this all unfolds in a matter of minutes. What’s even more amusing is how the engineer had no prior familiarity with the system. Yet, the system parameters are all somehow magically baked into the engineer’s mind.

In reality, you need to spend months figuring out vulnerabilities in a network. Only then, you can hope to make even a dent in a system.

Most commonly, engineers have antisocial personalities in movies. They can’t look people straight in the eyes, and they speak like robots. In other words, they’re painfully awkward and strange in appearance.

I find this portrayal to be one of the most potent engineering stereotypes around. It has most definitely negatively shaped the public’s perception of engineers.

So yes, there’s some truth to this depiction no doubt. There are many introverted engineers. But, it’s not a blanket stereotype for all engineers.

In movies, you’ll often hear someone tell an engineer to speak in plain English. It’s because the engineer is using all these big words to explain a complex technical subject.

In real life, most engineers have some level of social awareness. Especially, great engineers who’ve been around the block. So, they can read their audience and adjust their vocabulary accordingly. In return, their speaking won’t sound foreign to everyday people.

For example, say a socially aware engineer speaks with a non-engineer. They’ll strip out the complexities and speak in everyday English. Then, when they speak with other engineers, they’ll ramp up the technical jargon. And the latter is how they problem-solve when discussing hairy technical details.

As the saying goes, if you can’t explain something in simple words, then you don’t understand it. Hollywood seems to forget this tiny tidbit.

Engineers are often walking encyclopedias according to Hollywood. You ask them anything, and like Rain Man, they spit the answer right back at you. Even detailed technical specs for foreign equipment, they know right off the bat.

What’s more, they know every last detail in every discipline of engineering too. I’m talking about, electrical, mechanical, nuclear, petroleum, and so on and so forth.

I will say though, I’ve worked with some engineers with photographic memories. I’m talking about 10x engineers who’d blow your mind. You could ask them almost anything, and they’d give you a near-accurate response each time. But still, they don’t know everything under the sun.

Let’s face it, it’s impossible to know everything. There’s just too much to know. Yet, this is one of the engineering stereotypes the public clings to the hardest.

We discover an alien piece of technology on Earth. An engineer then without hesitation sticks the newfound tech in his manmade invention. And forget about the absurdness of the instant reverse engineering of the alien tech.

For example, an engineer installs an alien spacecraft engine into a manmade jet craft. The jet then all of a sudden has 1000x the power and operates without a hitch. All the while, the other existing jet components aren’t reviewed and retrofitted. Because it’s common sense, all manmade jet parts can handle new alien engine tech…

In reality, reverse engineering foreign equipment without documentation can take years. Then throw in the fact, the tech is new to humans. So we probably wouldn’t even understand the underlying physics at work.

Then not to forget, retrofitting our tech with alien tech is a ridiculous proposition. Without a doubt, our tech would be a bottleneck. Because if aliens can travel trillions of miles to us, then we’d be nothing more than dumb apes to them. Our tech would be child’s play.

Overall though, I greatly enjoy the movies even when engineers aren’t accurately portrayed. Heck, many times movie producers paint engineers as genius wizards. So I doubt any real engineer would complain in these instances. Until of course, a family member asks them to fix a faucet and they can’t…

The truth is, extreme character roles are what make movies entertaining. And in the end, it’s just amusing to pick apart engineering stereotypes and fallacies. Because engineers in the real world are for the most part nothing like in the movies. But it doesn’t mean you can’t have a good ole time with a bucket of popcorn at your side.

Which engineering stereotypes in movies rub you the wrong way the most (if any)? What’s your favorite movie with an engineer who has a lead role?