Learning how to train new engineers can make or break a company. Without the right processes in place, both engineers and the company will suffer.

Because like every profession, rookie engineers also need handholding. No one ever hits the ground out of the gate running.

So, I’m going to go over 5 key items when it comes to training new engineers. I’ll cover how I think a company should train new engineers. This will apply to all types of engineering.

I’ve gathered a lot of my information from other engineers I’ve spoken with.

To point out, this process isn’t quick and easy. Heck, it may not even be pretty. But if done properly, both sides will win!

Also, my focus is on rookie engineers. I’m talking about fresh graduate engineers. But, the takeaways from this article will apply to experienced new hires as well.

ALL new graduate engineers will have a learning curve. A company can’t avoid this. It doesn’t matter what school an engineer graduates from either.

If a company doesn’t want to be a part of this learning curve, then they shouldn’t hire rookie engineers. On the other hand, they won’t ever have homegrown talent.

That said, even experienced new hires will have a slight learning curve. These engineers won’t be familiar with a company’s processes and guidelines.

So companies need to have realistic expectations with their new hires.

In other words, you put up with the bad, as rookie engineers have the following great benefits:

But again, having the “engineer” moniker in a title doesn’t make someone productive. That’s why I compare rookie engineers to that 6’10” 14-year-old.

The 14-year-old looks like a full-grown man. But he’s still a sensitive kid who knows nothing about the real world.

They throw these engineers directly in the trenches to do their dirty work.

I know I get it, experience is also the best teacher.

But, these new engineers will be learning on your dime. So naturally, they’ll hit many road bumps along the way in the projects they work on.

Then management becomes frustrated with their new engineers.

They find their rookie engineers can’t get up to speed fast enough. Also, their work has many mistakes, costing the company money.

Reform aside, these frustrations lead companies to fire some of their new hires.

I find this to be very disheartening.

Rookie engineers get fired after having spent years working towards their dream job. They now think they don’t have what it takes to work in their field.

I point the finger at both schools and management. Frankly, it’s flawed logic to throw rookie engineers in the trenches. Then expect them to produce right away.

You don’t see NBA teams throwing in their rookies into playoff games without training. Most rookies don’t even get any playoff minutes.

It’s because NBA teams have real-world expectations for their rookies.

In the end, there’s no easy and cheap way to effectively train rookie engineers.

#2 Create training programs for all rookie engineers to go through

A company needs to have a training pipeline to feed rookie engineers into. This pipeline will mold the engineers to become self-sufficient.

I compare this pipeline to the minor leagues in pro baseball. The big-league teams shape their minor league players how they want.

This way they can one day play on the biggest of stages and instantly produce.

So, by engineering companies adopting this same model, rookie engineers will become prepared. They’ll be ready to swing, when opportunities come.

Equally important, the pipeline will allow a set number of months for rookie engineers to get up to speed.

In the training program, they’ll learn how to complete a project from start to finish.

Now, if rookie engineers don’t produce after a set time, a company can then let them go. Without this protective measure in place, a company will bleed money.

Because if poor-performing engineers aren’t fired, they’ll burden the company. For example, they’ll take resources away from the training of other rookie engineers.

It’s important to realize, companies aren’t endless money pits. They have a set amount of resources to distribute to new hires.

In short, a company needs to treat every new hire as an investment. Like a fruit tree, you’re not going to instantly get fruit. You need to water the tree and change the soil for years until you get tasty fresh fruit.

So without training programs, new hires won’t ever produce fruit for you.

Rookie engineers without a doubt need a lot of handholding.

I’ve put together a list of things a company can do to help its new hires. These items should be a staple at every company, if resources allow, of course.

A) Division of labor: properly separate distinct types of work inside a company. For example, engineers should leave drafting work to drafters. Especially difficult and repetitive drafting type work.

At the same time, limit the amount of admin work design engineers do too. In other words, have someone help with the physical and digital filing of documents.

This all frees up engineers to actually do engineering work.

I will say though, it’s important engineers learn about all the distinct types of work. It’ll only make you a better engineer overall.

Here are some example templates:

Engineers can then simply enter values and make additions as necessary.

I find this important since a lot of the time you don’t write the skeleton of a document from scratch.

In the end, this will save the engineers a lot of time. But, it also makes the document checking process more efficient for others. Reviewers will know exactly where to look with each document.

In short, templates make work operate like a well-tuned assembly line. Also, rookie engineers will understand the quality of documents they need to produce.

C) Template drawings: many drawings are simply tweaked from one project to the next. Thus, having template drawings for every type of project will save new engineers a lot of time.

No different than the template documents we already discussed. But also, it’ll show what’s expected with standard design drawings. For example, the level of detail a drawing should include.

This now leads us to the meat of what companies should do to help rookie engineers.

#4 Provide resources for rookie engineers to tap into

To best tackle how to train rookie engineers, a company needs to first identify its problems.

Do all their rookie engineers struggle?

If yes, the company needs to better gather resources to help its rookie engineers. These resources can work along with any existing training program.

In the short term, this gathering of resources may slow the company down. But, over time these resources will go a long way in creating amazing engineers, one after another.

Here are some suggestions that I personally find to be very helpful:

The notes need to include the “why” in design decisions.

What I mean is, explanations need to exist in the manual. For example, why you place a component in location X?

Otherwise, a rookie engineer will only copy and not learn.

Also, I find it best to constantly update this manual.

B) Group meetings: set aside a couple of hours every week for group meetings. In the meetings, rookie engineers can ask senior engineers questions.

I find discussing questions in an open medium to be one of the best ways to learn. Not only that, it’s a great way to strengthen relationships.

To have successful group meetings, consider the following:

Rookie engineers then have a go-to resource for their questions.

No different than a batting coach teaching a baseball player how to hit a ball every day.

Thus, this becomes like the age-old apprenticeship model. An apprentice works under a skilled tradesman to learn a trade.

D) Turnover rate: don’t forget the great engineers who graduate from your training. You need to now stimulate these engineers.

Feed them with interesting work to test their skills.

The worst thing is when engineers switch companies after their training. All after you invested a lot of money and time into them. And for what? Because they got bored.

#5 Don’t forget about senior engineers in the training process 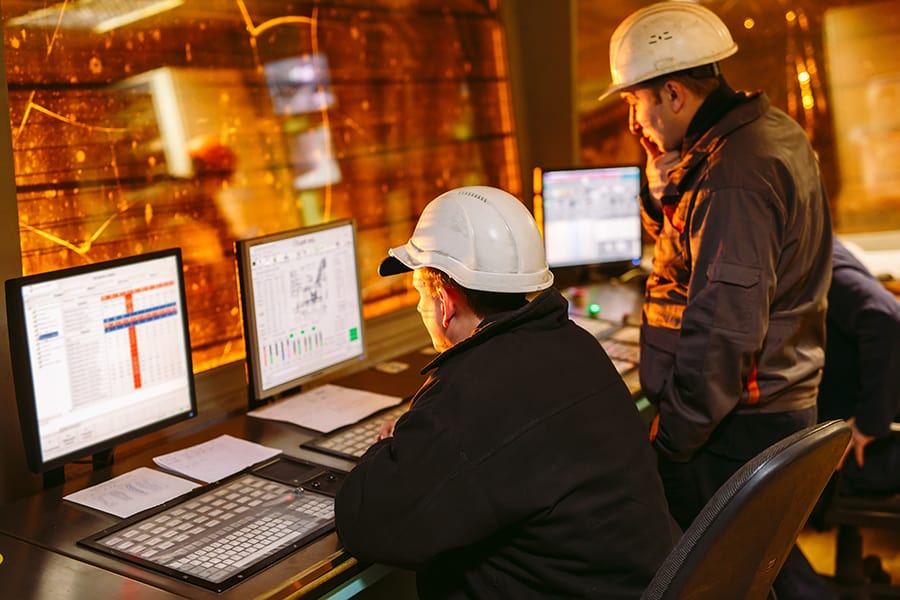 Let’s discuss the role of senior engineers more in this apprenticeship model.

To get the ball rolling, rookie engineers will learn best under experienced engineers. No question about that.

No book will teach a rookie engineer everything on how to design. You’ll certainly pick up some tips, but that’s about it.

No different than reading about how to swing a baseball bat. You can read endlessly on how to hold and swing a bat.

But, until you stand on a baseball diamond with a coach teaching you how to swing, you’ll never properly learn.

Same with rookie engineers. They need to design under the direction of someone with experience. The senior engineer would offer the following help:

All the while, the senior engineer would answer any other questions from the rookie. Also, they’d correct any mistakes made in the engineer’s designs.

It’s clearly a drawn-out process with many moving parts.

Without a doubt, senior engineers are invaluable to the training of rookie engineers.

So, a company cannot forget about its senior engineers who take part in this process. More specifically, a company needs to understand the following:

The takeaway is, a company needs to cater to both sides equally.

“How to train new engineers?” wrap up

By following these 5 tips, a company will learn better how to train rookie engineers.

And let me tell you, it won’t be easy. Far from it.

It’s a team effort that requires the right game plan with a lot of patience. It’s why so few companies are grooming amazing engineers right out of the gate.

But once you do mold an engineer, there are two amazing benefits. For one, the rookie engineer will do projects exactly how you want. They don’t have any bad habits weighing them down.

Second, the rookie engineer will be grateful for all the help they receive. This will make them more loyal to your company’s mission. Priceless!