Future tourism will one day extend from Earth into space. And the cost of commercial space flight will determine when this becomes a reality.

But the question is, how viable is affordable commercial space flight? To answer this question, we need to first analyze current industry pricing. To point out, my focus is on traveling into Low Earth Orbit (LEO).

LEO commonly ranges from about 100 to 1,200 miles above Earth’s surface.  To add perspective, the International Space Station (ISS) orbits at an altitude of about 250 miles. So the distance you need to travel isn’t trivial.

The drop in rocket launch costs to LEO over the decades 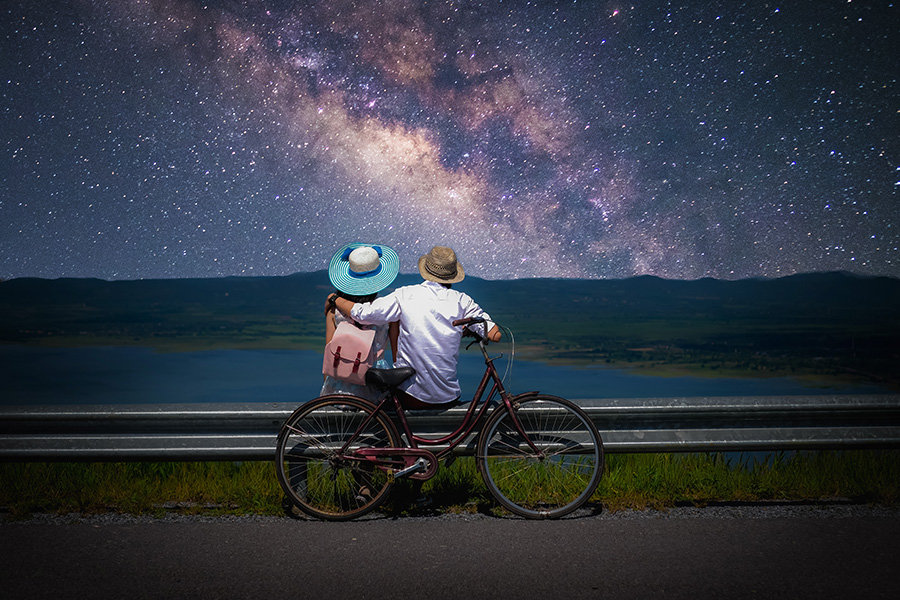 The price of rocket launches today is insanely expensive. BUT compared to decades ago, it’s an incredible bargain. And this is where we’ll start our discussion.

When it comes to space travel, the cost is typically defined in price per kilogram. Whether treating the cost as a commodity is right or wrong, is a separate discussion. But I digress.

A given rocket has a fixed weight with a max amount of fuel it can store. This fuel limit determines how much payload in kilograms the rocket can transport. More importantly, each kilogram of the payload has an associated cost. This cost also includes a space company’s parts, engineering, and maintenance overhead.

Now, look at the below table of past rockets that have entered into LEO. Take notice of how the price per kilogram trends down over the years.

To explain why the price continues to drop, we’ll peek into the success of SpaceX. The following 11 elements contributed the most to SpaceX’s success at reduced prices:

The cost to send humans to LEO aboard the ISS 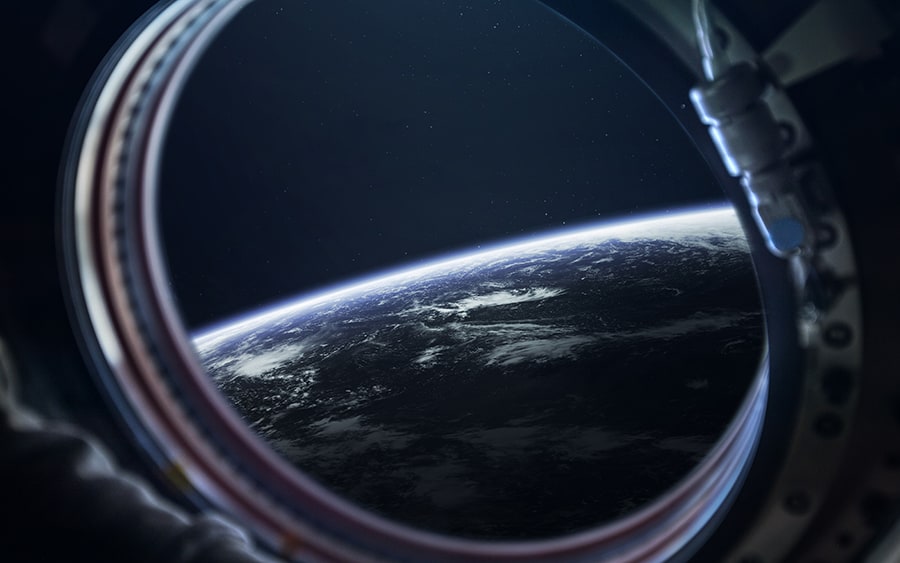 Humans aren’t any old payload who you can squash into cramped cold quarters. Especially if the humans are paying boatloads of money to get an awesome experience.

And sure, no one expects to receive a first-class service to LEO. But, you still expect a half-decent and more importantly, safe experience.

To better highlight the main costs of human space travel, we’ll review NASA’s pricing table. Keep in mind, the costs are for private astronauts to the International Space Station (ISS). Also, these costs are from when Russia had a monopoly on traveling to the ISS. Thus, the costs are naturally inflated.

“This contract modification is $90,252,905.69 for the single crew mission seat in the fall of 2020, including all necessary training and preparation for launch, flight operations, landing and crew rescue for a long-duration mission as well as some limited crew cargo delivery to and from the station.”

It’s no surprise the cost to travel to the ISS is astronomical. Plus, few folks have $90 million dollars sitting around to hitch a ride to the ISS. If you fork over the money though, the Russian space agency will gladly reserve you a seat…

Now, what about the cost to LEO and back, without docking at the ISS? Very few options exist.

Blue Origin and Virgin Galactic will soon offer flight packages. The catch is though, these are for suborbital flights. The estimated outlook cost for these launches is between $200,000 to $400,000. It’s not bad, but you won’t get the full experience orbiting around Earth.

The launch cost of SpaceX’s Falcon Heavy is $90 million for customers. The internal SpaceX cost is of course lower when you consider profits. That said, Falcon Heavy can deliver 63,800 kilograms of payload to LEO. This calculates to $1,410 per kilogram.

Now as we discussed already, humans aren’t the regular payload you can toss into a dark empty payload room. So let’s derive how many humans we can transport using the 63,800-kilogram limit.

To do our hypothetical calculation, we’ll use Airbus A380 specs. This is the world’s largest passenger airliner. At full capacity, the original A380 could carry 853 economy passengers.

Then its counterpart, the A380F freighter, could carry about 150,000 kilograms. Now doing the math, each passenger calculates out to 176 kilograms. This weight includes the passenger and his or her seat, food, and luggage.

Next, since the Falcon Heavy costs $1,410 per kilogram, a round-trip would cost $248,160. This would only be for a quick trip and back. For a real involved trip, we wouldn’t want to pack people into a rocket, like sardines. So, let’s assume half the passenger count for added spaceflight luxury. Thus, the cost would calculate to $496,320.

Another caveat is, we wouldn’t send hundreds of people into space at once. Because the risk profile is too high, and the available open area has limits. More realistically, we’d send maybe 25 people at once. Thus, the launch cost would distribute out among the 25 passengers. The cost would then calculate to $90,000,000 / 20 = $4,500,000!

The real economics of rocket launches to LEO

In a free market, the supply and demand curve reigns supreme. So it’s important to view the demand for commercial astronauts and the supply of launches. If the demand outstrips supply, the market will price rocket seats accordingly.

The cost per seat will stay in the tens of millions of dollars. In fact, this will remain the case even if the real cost drops to $4,500,000 as we calculated.

To illustrate, on May 30, 2020, SpaceX successfully launched two NASA astronauts to the ISS. The estimated cost was $55 million per astronaut. So, even if the real cost is $4,500,000, SpaceX could still charge $55 million. Especially since the next option with the Russians costs $90 million. This is a clear-cut economic monopoly at play.

So how do we circumvent price gouging to reduce flight costs for customers? Like anything else, increase supply with competition, until we reach a market-clearing price.

Without competition, monopolies form creating stagnate prices. Also, innovation can freeze, which would be disastrous. Because we need to master reusable rockets where hefty refurbishments become minimal. Elon Musk stated if SpaceX could reuse the Falcon 9, the cost would reduce to,

In the same vein, I hope the space launch industry grows to a multi-trillion dollar industry. In return, the market can mature into something like the airline industry today. I want to see rocket launches become common and safe for human-boarded flights.

Jeff Greason and James C. Bennett highlight a hard cap in space flight. In “The Economics of Space: An Industry Read to Launch,” they calculate how low the price can go. For a round-trip ticket for a single passenger, they state the following:

“One way to think about the cost of space flight is to start with the fact that the energy required to lift a given human being to low Earth orbit (LEO) is roughly 40 times that needed to transport a person from Los Angeles to Sydney, Australia. (That is based on a rough energy-only calculation, ignoring the fact that the aircraft does not have to carry its own oxidizer, the harsher environment of space compared to the atmosphere, and other challenges. Even taking all those into account, the disparity is still enormous.) Yet a quick Internet search discloses that a round-trip nonstop coach ticket between LAX and SYD costs $1,068; 40 times that is $42,720—a far cry from the commercial price for a ride on a Russian capsule to the International Space Station—currently the only commercial service available—at $70,000,000–$80,000,000, round-trip.”

Now, the cost figure isn’t completely accurate. The authors compare the energy cost of a one-way trip to space versus a commercial round-trip. Also, they state the following:

That is based on a rough energy-only calculation, ignoring the fact that the aircraft does not have to carry its own oxidizer, the harsher environment of space compared to the atmosphere, and other challenges. Even taking all those into account, the disparity is still enormous.

The point is, the challenges for commercial space flight are plenty. Especially, since many human safety risk factors need consideration. But even still, $42,720 at even 10x, $427,200, is a bargain compared to $55 million today.

We’re entering an awesome new age of human advancements. Year after year, the cost of commercial space flights is dropping.

Without a doubt, it’s an incredible time for space fanatics, but also for humanity as a whole. Currently, the main customers for launch services are the following:

With the addition of space tourism, another revenue source will help drive competition. As a result, we’ll see more and more advancements made in space.

Because it’s no surprise, high-priced launches limit the number and scope of missions. But reduced launch costs will increase exploration and human expansion into the cosmos.

And it goes without saying, affordable space tourism will be badass and breathtaking. It’d be one of the crown jewels of all human achievements to date.

What’s more, according to Elon Musk, the launch cost can drop to as low as $271.90 per kilogram in the near future. If this ever becomes a real cost for commercial astronauts, I’ll be the first in line to book my flight!