An awesome-looking film, can tank from poor movie physics mistakes. Because some mistakes are so silly, they insult your intelligence.

Sometimes as I stare at a movie screen, I tell myself,

C’mon, you had a $150 million budget, and you couldn’t consult with a physicist?!

Now, I get it. The entertainment factor would plummet. Because too much realism doesn’t mix well with mainstream blockbuster movies. But, this still won’t stop me from going over my 5 favorite space movie physics mistakes.

This is the most common of the movie physics mistakes.

You hear loud noise with big balls of glowing fire as a spacecraft explodes. All the while, the nearby victorious spacecraft stands still. The camera then swings to the captain sitting back calmly salivating at his win, without a care in the world.

In the real world though, space explosions unfold much differently. To better understand, let’s dig into the science of sound and light.

Sound is a mechanical wave, and waves transfer energy from point A to point B through a medium. This medium can be liquid, solid, or gas.

For this reason, the speed of sound depends on the properties of the medium it travels through. On Earth, at sea level with an air temperature of 59 degrees Fahrenheit, sound travels 761 miles per hour.

Important Note: in space, you can’t hear sound. Because sound waves transfer energy through a medium, but space is a vacuum without a medium. So no “boom, bam, blew” noises from explosions and gunshots in space.

Light is an electromagnetic wave. Unlike sound, light doesn’t need a medium to travel through. Light travels roughly 186,000 miles per second.

Returning to our space explosion discussion

Not surprisingly, being a nearby spectator to an explosion in space isn’t smart. You’d be playing Russian roulette with your life. Because explosion debris is downright dangerous.

The debris shoots out in all directions like bullets shot from a rifle. Except, they wouldn’t slow down until they struck something. Because there’s no gravity to pull the debris down and no air drag to slow the debris down.

So, whether you’re 1 mile or 5,000 miles away from a blast, the projectiles would have the same kinetic energy. To make it worse, there’s no place to hide in space.

Important Note: in space, you can’t have fire unless a spacecraft carries oxygen. Because fire needs oxygen to sustain the combustion process.

Raise the shields of spacecraft near blasts, to protect against debris. Without shields, nearby spacecraft would get damaged beyond repair. And the most insulting element of all, please remove ALL sounds in space.

To everyone’s surprise, the planet truly resembles Earth. It’s rich in oxygen with an Earth-like atmosphere. But, hold your horses. Not so fast. The following are a few reasons why you need to keep your helmet secured on tightly:

Don’t have characters remove their helmets right when they land somewhere new. A thorough atmospheric analysis is first always required. 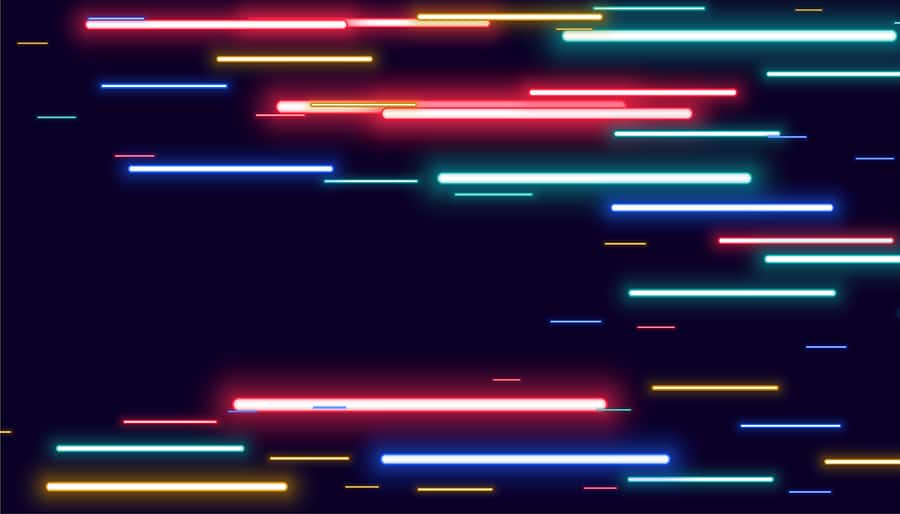 Do you know those epic Star Wars’ battles with the X-wing fighters we all love?

Lasers fire non-stop at X-wings. Then, X-wing pilots do some fancy maneuvering to dodge the lasers and fire back. It’s captivating to watch, but not realistic whatsoever. Those red laser spears fired in every direction aren’t visible in space.

Laser: a concentrated wavelength of light made by a device. What’s released from the device is a powerful well-controlled stream of light, or beam.

Now, if you’ve ever used a laser pointer, you know the red dot is only visible when a target is hit. At the target, light scatters from the matter, making the dot visible.

Important Note: the same principle of seeing lasers applies to sunbeams. What we call sunbeams are in fact light from the sun reflecting off small particles in the air. In a vacuum though, you wouldn’t see sunbeams.

Going back to the topic of space. Space is a big vacuum. Meaning, particles aren’t floating everywhere in space. So, what will the photons of light collide with, in space? Nothing!

Speed of light versus laser spears

X-wing fighters shoot laser spears, and light travels roughly 186,000 miles per second. How is it possible for the human eye to even see these laser spears? It’s impossible!

On Earth, the naked eye can’t even detect these laser spears. Instead, in the best of conditions, they’d appear as continuous beams from the laser gun to the target.

The infinite range of weapons

The other cool thing is, weapons in space have infinite range. On Earth, gravity eventually drops a bullet or missile. But, in space, weapons would travel until they reached a massive object and fell into their orbit.

More than likely though, a weapon would travel forever given how large space is. No different than how we observe light from stars trillions of miles away. The takeaway is, a fired weapon in space should never stop after a given range.

The spacecraft doors fly open. The struggling astronaut who was flailing in outer space is quickly pulled inside. Once inside, the astronaut immediately hits the ground. He then rips off his helmet to gasp for air once the doors shut.

The question is, where did the gravity come from all of a sudden? The movie logic is, space doesn’t have gravity or air. But once air becomes present, gravity is also somehow triggered on. Gravity doesn’t work this way though.

What’s gravity? Everything with a mass or energy comes towards each other. It’s a fundamental force of nature. Two objects having near the same mass will have little to no force between them. But if one object is massive compared to another, the gravitational force becomes noticeable.

Think of Earth and humans. On Earth, we can comfortably walk upright due to Earth’s gravitational force. But, in deep space, it’d be a different story. Objects will float when they’re far from nearby masses.

Keep characters floating when they enter a spacecraft. But, this creates an entirely new problem. How is artificial gravity created inside a spacecraft?

One solution is centripetal force. A spinning spacecraft will create its own gravity. I know it’s not the sexiest solution, but it gets the job done.

Most traveling spacecraft in movies have thrusters on full blast driving them forward. The engines glow and rumble loud as they travel. For starters, we learned in space there’s no sound. But I digress.

To explain spacecraft thrust, we need to understand Newton’s second law of motion. This law states an object accelerates or gains speed when a force acts on a mass. In space though, a force makes an object change speed, it’s not used for constant motion. This can be confusing because of what we observe on Earth.

On Earth, to keep a box moving at a constant speed on asphalt, you need to push it with a constant force. You need this constant force to overcome the force of friction and air drag. But in the vacuum of space, there’s no friction. So, a spacecraft doesn’t need thrusters to maintain a constant speed. Spacecraft thrusters would only turn on for the following use cases:

Important note: in the real world, spacecraft use as little fuel as possible in space. This is because of the high cost to get fuel into space. Spacecraft mainly turn on their engines to reach the desired speed. They then maintain a constant speed using their own momentum with their engines shut off.

At the end of their mission, they’ll again turn on their engines to slow down.

These 5 movie physics mistakes highlight how most movies are for entertainment only. And I can’t lie, I still greatly enjoy most space movies. Especially the Star Wars series.

BUT, it’d be super cool if for once the physics in a space movie could be perfectly nailed. I don’t want to see any rubbish theories used in the movie either to justify the broken physics. Just give me one solid movie without silly science. Yes, again, I know, going too realistic wouldn’t pad the box office numbers.

Who cares though?! An entirely new demographic of moviegoers may watch. I say it’s worth a shot!

Which space movie would you say is the most realistic? I personally side with “Contact, 2001: A Space Odyssey”. Also, which movie physics mistakes do you find to be the most insulting?