Why machines are better than humans at work is a sensitive yet important topic. Because every year more machines are taking over humans jobs.

To point out, I’m only speaking about work productivity.

From this lens, it’s a no-brainer why you’d choose machines over humans.

I’d go as far as to say you’d be stupid to not choose machines when given the choice.

To illustrate the changing times, look at the below McKinsey report. It highlights the automation potential of various industries.

In my discussion, I’m going to go over 8 reasons why machines are better than humans at work. But also, what we can learn from machines to increase our own productivity.

#1 Machines aren’t rattled by aggression towards them

Go yell at a machine all you want. Tell a machine “to fuck off” as you kick it.

The machine won’t care. It’ll still do what it’s programmed to do. It won’t miss a beat.

A machine can take on any abuse. But with humans, it’s a different story.

Your productivity can then instantly drop from 100% to 0%. Talk about a mood swing.

#2 Machines are always on time

You don’t need to worry about a machine being late to work for the following reasons:

You get the point. Humans aren’t always reliable.

But machines you can count on. That’s why you love your smartphone so much.

Even more, if it only worked 95% of the time you’d still be angry.

We expect our phones to work perfectly 100% of the time. No exceptions!

Reliability is very important. We expect reliability. But as a whole, we humans aren’t always reliable.

What’s more, robots don’t need vacations or weekends. Below is a table of paid time off for people in different countries from Statista. 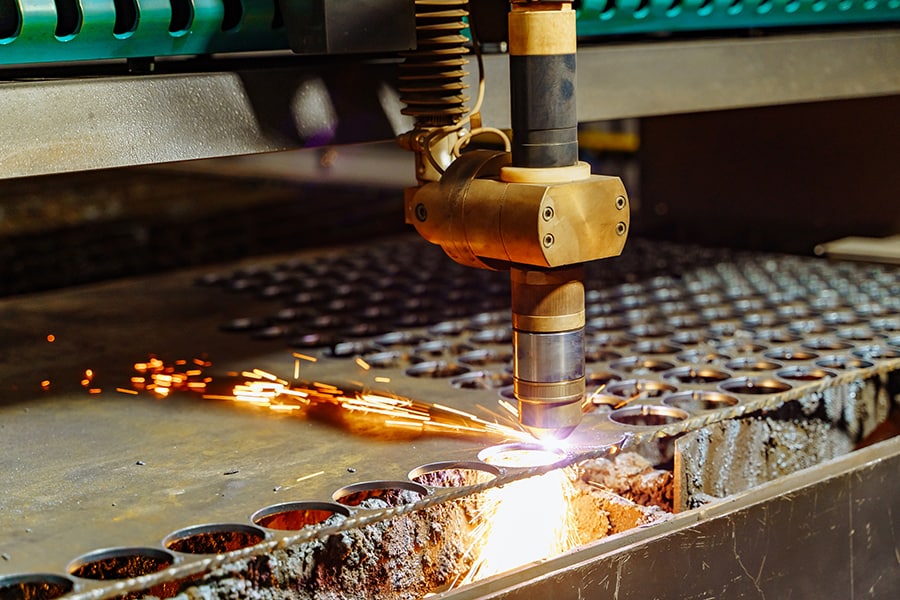 Doesn’t matter if there’s a nuclear war going on. A machine will still do what it’s programmed to do.

As long as the machine’s hardware and software aren’t damaged, it’ll do work. And the produced work is always consistent.

A machine that makes apple pies, will always make the perfect apple pie. From the time the machine starts working at 5 AM until 6 PM when it’s shut down.

The crust will be perfectly designed down to the last millimeter. The taste will always be mouthwatering good too.

But the productivity of humans falls off fast over the length of a day. That’s why these sugary highly caffeinated drinks are so popular.

Yes, those energy drinks you see stacked across every cashier aisle in the grocery store.

Marketing tells us to slam an energy drink mid-day to increase our productivity. Otherwise, humans would bake 100 different-looking apple pies by end of the workday. Half will be missing their apples too.

Even more, you don’t need bloated management when it comes to machines. Think of managers who constantly need to motivate their employees.

They give small pep talks on quarterly goals. Also, they make promises to instill fear and pride.

Forget all that. Machines will do what they’re programmed to do from day 1. They don’t need an ounce of extra motivation.

They’ll do their work whether in hot sunny Santa Barbara or in the middle of Siberia with a nuclear war going on.

#5 Age is just a number when it comes to machines

This saying truly applies to machines. A 1-hour old machine versus a 20-year-old machine will have the same productivity.

They’ll both work the same if they share the same specs.

From the start, we program machines to do what they need to do.

Thus, there’s no learning curve. Unlike humans who need years of experience to become skilled in doing certain tasks.

The beauty is, once a machine is properly tweaked you’ll have a golden goose:

You can then multiply the machine. In other words, make 100,000 copies of the same machine. Each will be as amazing as the next.

Now, imagine a company finds and trains a superstar employee. Then, they want to hire more employees like their superstar.

To make this happen, the company needs to do the following:

Then finally pray one of the employees becomes a superstar.

#6 Machines are neutral in every way possible

Today, your beliefs can cause problems in your workplace. A machine doesn’t hold any beliefs though.

Also, employees can easily sue their employers. In many instances, it’s silly lawsuits made against employers to make a quick buck.

But in the case of a machine, it’s a different story. Even when the employer is at fault, machines will stay silent.

All because a machine can’t get hurt. So, burn a machine? Who cares!

A human gets burned, then it’s a lawsuit. And it’s justifiable. I get it.

So by default, this makes an employee a liability as accidents always happen. It’s the reality of the workplace these days.

A machine can never sue you though. Plus, it doesn’t need you to pay for its health and retirement plans. Especially given how expensive these plans have become for employers these days.

#7 No limits on hardware

We have set limits because of our following human senses:

Thus, we can’t do work as precisely as a machine. Also, we become fatigued quickly.

For example, imagine the visible light spectrum. Its part of the electromagnetic spectrum humans can see.

In other words, human eyes can detect wavelengths only from 400 to 700 nanometers. To illustrate how small a range this is, let’s look at the electromagnetic spectrum.

There’s so much we can’t see. An entire other world exists, we’re blind to.

As a result, we can’t inspect certain things precisely. We don’t have the biological tools as humans.

A machine doesn’t have such biological limits. A machine can have our senses magnified to superhero levels.

Then, it’s like trying to compare Superman to an average person. No comparison.

In short, this makes machines greatly superior to humans.

Machines don’t have set limits on data storage. They do, but when compared to humans their memory is virtually limitless.

This allows machines to store and retrieve almost any amount of data effortlessly.

This level of data storage is critical in engineering. Because the more data you collect, the better you can innovate. At the same time, the more you can learn from engineering failures.

What’s more, we can program machines with limitless algorithms. We can have them do any work application exactly how we like. No matter the number of steps in the process and complexity.

This memory superiority is a big reason for the advancements made in tech today.

People who disagree over why machines are better than humans

Many people would disagree with me. That’s fine.

Ironically, the people who disagree have smartphones glued to their hands. Then they drive their favorite 2-ton machine on roads.

And they buy perfectly packaged food at their local store on demand. You get the point.

Each of these products, their industry, once employed countless people. But, machines then took over.

I don’t know anyone who’d give up their phone, car, and grocery store access. There’s a reason why libraries are slowly dying. Also, why you don’t see horses and carriages on the streets.

We use machines because they do certain work better than any humans could do. Plus, they’re not unreliable like humans.

How to learn from machines to increase your productivity

In the fields where we use machines, machines are vastly superior to humans. It’s not even close.

In the future, machines will become better and smarter. The gap between machines and humans will further increase.

But, it’s not all doom and gloom.

Go over the things I’ve discussed in this article that make machines superior. See what you can do to work more like a machine.

Keep in mind, if you do creative work, you have a leg up on machines. For now at least.

So by working like a machine, you’ll increase your productivity. Combine this with your creativity, and you’ll level yourself up.

Also, check out my article on how you can work more like a machine.

Machines are fast replacing humans. And it’s not a matter of if machines will replace more jobs, but a matter of when.

To top it off, machines will further advance through artificial intelligence. So, humans will become more and more inferior at work with every passing year.

Thus, don’t dismiss machines in employment. I believe machines will soon become our biggest competition and not other humans. For this reason, you need to understand their strengths.

To use an NBA analogy, Lebron James compares himself to Michael Jordan and not a local YMCA player. This is because Jordan is the GOAT and the pinnacle of basketball greatness.

So similarly, figure out your shortcomings compared to a machine in your work.

Also, apply what you learn from machines to any work you do. Even personal activities.

I find the more you work like a machine, the more time you’ll have to be human.

Do you think machines are better than humans at work? What future challenges do you see humans having against machines in the workplace?