Will engineers be replaced by robots? Robots will first replace engineers who use little creativity. Then, in the end, replace 10x engineers.

So given a long enough timeline, robots will more than likely replace EVERY job humans do today. Yes, this even includes highly sought-after engineering jobs as well.

To point out, I’m assuming technology continues to progress at its current rate today.

Now I know, many would argue against me. I’ve heard it all. Engineers are exceptionally creative, they use their brains a lot, and blah blah blah blah. As a result, they’ll remain untouched by robots.  That’s what we’re all taught to believe, right?!

To many people’s surprise, levels exist in how much creativity one engineer uses to the next. And the amount of creativity you use in your job will dictate when a robot will supplant you. Doesn’t sound too pleasant, I know.

On the bright side, I’m not talking about terminator-looking robots giving you the boot. Sure, that’d be insanely awesome to see, but the reality of the takeover will be much more covert. Software and smart hardware will slowly replace one engineer after another. An office of 50 engineers, will dwindle down to 5 engineers. And guess what, the remaining 5 engineers will be the best of the best talent.

What’s more, Elon Musk even sees this unavoidable reality unfolding in the future:

“Robots will be able to do everything better than us… I am not sure exactly what to do about this. This is really the scariest problem to me.”

To better understand this inevitable transition, we’ll answer the following questions in detail:

What type of work do engineers do? 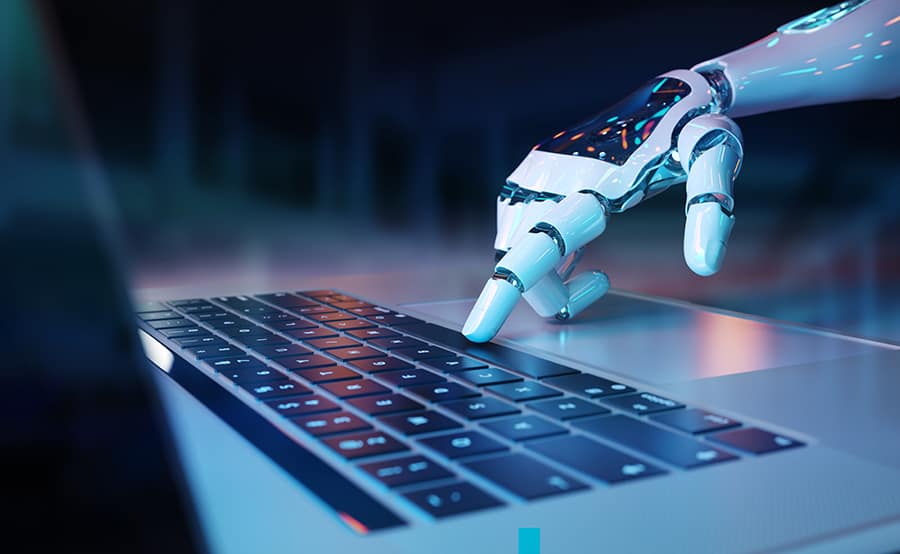 The work of engineers varies GREATLY. And I mean greatly!

Some engineers size screws all day long, and I’m not joking. While other engineers design complex rockets on the bleeding edge of technology.

It’s as clear as day, the former group will lose their jobs to robots first. Because there’s nothing innately complex about sizing screws. Advanced scanning hardware and software can easily duplicate this job task. In fact, robots would be magnitudes more efficient and effective in sizing screws.

Now, what about the work of high-level design engineers? Undoubtedly, their jobs are much less at risk. But, with a BIG caveat.

You can see how the engineers who use the most creativity are the least likely to lose their jobs. BUT, some engineers who use little creativity can still remain insulated from the robot takeover. Maybe an engineer is great at sales and brings in extra business on top of their everyday work. This makes them more valuable than an engineer who only does a single repetitive task.

Any repetitive work task becomes a prime candidate for a robot takeover. And it’s not a surprise, as repetition is the most basic function of a programmed machine. You program the right loop in a machine, and the work becomes almost hands-free.

What’s more, computers can greatly optimize inefficiencies in human work. Because our human senses have extreme limits. Think of eyesight alone. We can only see a sliver of the visible light spectrum. This eyesight limitation vastly hinders the progression of cutting-edge engineering without machines.

So, it’s a no-brainer why employers desire robots and automation over humans. Machines are superior to humans at work in many ways. As a result, overhead costs drop, productivity skyrockets, and profits increase. Plus, you don’t need to worry about any of the following human drawbacks:

As examples, the following are some engineering job types that almost no longer exist:

What if you tell a machine to do X, and expect Y to output, but instead, Z outputs? In these instances, you need human oversight to ensure the machine does what you want. You can then argue machines are inferior to humans.

In reality, though, we just need to design the machine better. So when the machine does X, Y is ALWAYS outputted. You’ll never have the case where sometimes Y outputs, and other times Z.

This case example is actually the process for how every first-generation technology starts. At first, problems are common and plenty with every new technology. All the while, skeptics suffocate the technology talking about how it’ll flop and fail.

But over time after many design iterations, the technology becomes near perfect. For example, when you hop in your car, you don’t expect to lose steering power. And when you fly in a plane, you don’t ever think about it crashing. It’s because engineers have tirelessly iterated over these technologies making them near perfect.

So, why can’t we apply this underlying evolution in technology to the future? Very simple, recency bias!

Recency bias with the future of technology

Our minds have not adapted to how the tech we heavily rely on today, was once laughed at as a joke. For instance, I’ve spoken to retired engineers who hand-drafted designs before CAD existed. They said back then, we never imagined computers would completely take over our work. They gave the following reasons why computers are inferior to humans in drafting:

Now today, young engineers can’t even imagine not using CAD in their work. But beyond added productivity, engineering would take a giant step back without CAD.

Sure, we created mega structures way before the advent of computers. But doing engineering on the edge of physics requires abilities we humans don’t have.

What’s more, hand drafting isn’t some lone exception. A popular unexpected task done by engineers today will similarly vanish. Now, it may take half a century to fully unfold, but it’ll eventually happen.

When will engineers start losing their jobs to robots?

I’m already seeing many lower-skilled engineering jobs phased out. A great example is product engineers, as I touched on earlier.

Years ago, you had to call and speak with a product engineer to get product information. Today, you can just go on the internet in your pajamas and get any and all information you need instantly.

When the internet started to gain traction in the 1990s, the writing was on the wall. Because product engineers back then did repetitive work that required very little creativity. These engineers learned about products, and they then explained the products to customers.

BUT, to point out, a small handful of product engineers are still around today. These aren’t your prototypical product engineers though. These are masterminds who know everything about each product in their catalog. Even more, though, they use creativity daily in their work.

I know this firsthand, as I’ve worked with some of these maestro product engineers. They’ve helped me greatly with product placements in my designs. They reviewed my designs and pointed out potential problems and improvements.

What I just described is key!

These engineers advanced their abilities well beyond what a typical product engineer does. They learned about design and real-world projects and infused creativity into their work. This is something machines can’t take over anytime soon. Because of the many variables, and custom non-cookie-cutter work required.

Also, I suggest you learn how to work like a machine, to make yourself less dispensable. And don’t forget, learn to become a more creative engineer. Because creativity is a muscle you need to constantly train.

“Will engineers be replaced by robots?” wrap up

Most engineering jobs are more insulated than your typical everyday job. This is because of the creativity commonly found in the profession.

BUT, slowly over time, engineering jobs will be overtaken by machines too. I even know companies who work on replacing mundane engineering tasks with automation. One of their mission statements reads:

“Reduce the number of manual processes through automation, to allow engineers to focus on high-level tasks.”

So engineers or soon-to-be engineers, need to remain valuable with highly sought-after skills. In other words, you need to constantly level yourself up by doing non-mundane work.

You do NOT want to get cornered doing braindead repetitive tasks day after day. Because your competition moving into the future will no longer just be humans. Machines and robots are fast becoming real rivals that engineers can’t overlook.