Can engineers make $500k? Absolutely, but it’s uncommon. Also, the $500k is a total compensation package and not a base salary.

I will go over the below 4 engineering opportunities, which offer this high pay. The keyword is “engineer” though, NOT founders or managers.

Important Note: my focus is on employment in California where I live.

To point out, $500k in California doesn’t stretch far due to the high cost of living. A typical home costs $1.15 million in San Jose according to Zillow. 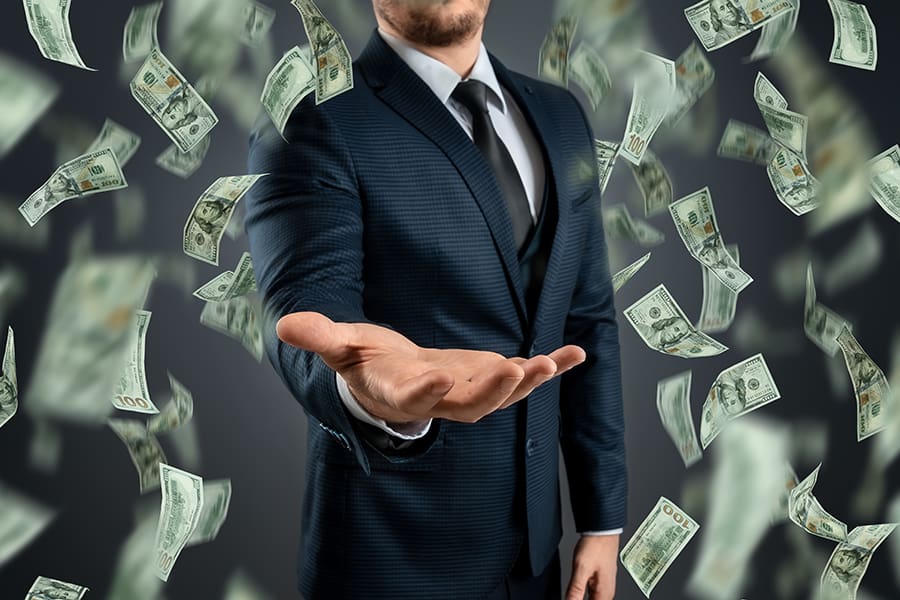 These engineers maintain city infrastructures. Think of water treatment plants or the maintenance of roads.

Below is a list of several total compensation packages for California state engineers. The data is from Transparent California. Also, the “other pay” column includes stipends, car allowances, bonus pay, and so on.

To point out, these aren’t full technical engineering positions. They have managerial components too, which is unavoidable in the state at such a high pay grade.

Clearly, you can make boatloads of money as a state worker if you play your cards right. But it’s the exception, not the rule. Also, these high-paid engineers typically have 30-plus years of experience.

When you think of high-paying tech salaries, you first think of FAANG companies. The acronym FAANG refers to the following technology companies:

These highly profitable companies can and do pay their engineers A LOT of money. They have exceptionally high margins as internet-based businesses.

The below table lists the top compensation packages from FAANG companies. Levels.fyi verified the figures by reviewing W2s, offer letters, and personal identities.

Just keep in mind these salaries are outliers offered only to 10x engineers. To put it another way, these engineers may generate $10 million annually for their company. A company will then bend over backward to pay these engineers $1 million plus.

What’s more, such payouts aren’t only limited to FAANG companies. The following table is compensation packages from other internet companies:

Important Note: the bulk of these compensation packages are RSUs. FAANG stocks historically have been valuable.

But for companies like Facebook and Google, their stock can tank with a cooling ad market or strong privacy regulations. Thus, compensations can quickly shrink from $1,000,000 to $300k.

Also, stock options vest over time in blocks. For example, say you’re granted 1000 shares, and your options vest 25% per year over four years. Within the first year of the stock issuing date, you can buy 250 shares (25%).

Beyond typical FAANG software engineers, there are other crazy outliers. In Silicon Valley, experts in Artificial Intelligence (AI) demand absurd salaries as well. These engineers can make an excess of $1 million.

It’s because the supply of these engineers with their level of expertise in AI is extremely low. Plus, these engineers bring more to the table than just their skills. On hiring superstar engineers, Mr. Nicholson from the startup Skymind said,

“When you hire a star, you are not just hiring a star. You are hiring everyone they attract. And you are paying for all the publicity they will attract.”

When you’re this good and influential, companies will do anything to retain you. Because getting paid more isn’t for doing more. It’s for doing work, which has a greater impact.

Important Note: the compensation packages can grow exponentially for unicorn startups. Many engineers get in early with a company and hope for a successful IPO.

According to a Facebook engineer, he had the right to sell around 325,000 shares post-IPO. Figuring a $40 share price at the time, he’d yield $13 million.

If you find yourself in a high-in-demand yet low-supply consulting agency niche, you can rake in money.

The key is having a rare sought-after specialty skill. Your skill may be with a new sexy technology or just an advanced skill few engineers have.

Like in power engineering, many people can do low-voltage commercial lighting design. But few power engineers can do high-voltage substation design from the ground up.

I’ve written an article on the construction staging for the retrofit of an existing high-voltage substation. Check it out, to get an idea for a narrow niche in power engineering.

In coastal California cities, I’ve seen the billing rates of some Principal Engineers. The highest billing rate was $655/hour!

A lot of the time, these engineers lead the way on mega and cutting-edge engineering projects. Projects you read about and see on TV.

The $655/hour Principal Engineer I met has a very specialized skill in renewable energy. He also has mountains of hands-on experience. Then throw in the small firm he worked for was wildly busy.

If you’re a one-person consulting firm though, you can pocket a much larger percentage of the $1,289,000. Starting your own consulting engineering firm is always an option.

To have some fun, let’s crunch numbers for a one-person firm. Say you’re a workaholic and your workload is swelling. So you work 80 hours per week like you’re possessed while kicking ass.

Financial technology, Fintech, is new technology and innovation in the finance sector.

Some fintech companies are banks, but not all banks are Fintechs. Mainly, fintech includes hedge funds, HFT firms, and prop shops. Overlaps do exist in the work these firms do though.

Now, these firms typically employ quants and algorithm trading focused software engineers. Below are the total compensation packages from Levels.fyi for Citadel.

What’s more, I’ve heard some highly skilled quants who pull in $1 million plus. But unfortunately, I don’t have a data source to hang my hat on. So let me piece together a case scenario myself.

Hedge funds will then take a percentage cut of the profits as their fee. Industry-standard is 20%.

The financial success outlined in this article is only a small handful of the engineering workforce. These engineers have a combination of the following attributes:

But, also, they have the opportunity to work on important projects to flex their skills. Not surprisingly, there’s a good sprinkle of luck involved too. I compare all this to athletes in professional sports.

How many 6’8″ people exist who have a 40″ vertical with lightning-quick speed? Very very few. It’s why athletes like Lebron James demand tens of millions of dollars in salary.

Even if you’re not genetically gifted with smarts though, you can still level up to earn more. Check out my following articles to level yourself up:

How many engineers do you know who make $500k annually? What do you consider a good engineering salary in your zip code?