Engineering has 11 undiscussed engineer rules you need to follow. Otherwise, you won’t fit in and reach your full potential.

Frankly, I find these engineer rules to be the secret sauce of the profession. While also, being the pillars of the engineering code of ethics. And if you adopt these rules early in your career, you’ll save yourself a lot of heartache.

#1 Problems are all solvable

Many engineering problems may seem impossible at first glance. But with enough time and resources, you can crack the code to almost any problem. Look no further than SpaceX, led by Elon Musk.

What’s more, SpaceX rockets now safely launch NASA astronauts to the International Space Station (ISS). This alone has brought interest and excitement back into space travel. It goes without question, Elon and crew overcame many naysayers and hardships. In fact, an industry saying best describes the challenges of starting a rocket company,

“The quickest way to become a millionaire is to be a billionaire and start a rocket company.”

The key to success is to be relentless and not quickly give up. Check out the Elon Musk lessons on how to tackle problems for further guidance.

If you present a problem, provide a solution suggestion too. Because you’re the expert, and others view you as the almighty engineer. If you can’t suggest a solution, then who can?!

Now, the solution doesn’t need to be completely drawn out and perfect. Any initially suggested solution will be full of holes. But at the very least, you’ll get the ball rolling and fulfill your professional duties.

Even more, you’ll gain the respect of those around you, through your initiative. You don’t throw the hot potato down the line. And not to forget, this level of initiative creates 10x engineers!

Important Note: when you provide a “draft” solution, state it’s a draft. For example, write “DRAFT” or “NOT FOR CONSTRUCTION” on your sketch. Because I’ve had instances, where others have tried to run with my draft sketches as if they were final. This can get you in trouble!

Bad communication is the leading cause of engineering problems. For this reason alone, don’t be shy to over-communicate with all parties in a project.

If there’s any question about a design element or problem, then speak up. And continue speaking until you get a clear-cut answer. In the process, you may annoy some people. But no one will thank you if you keep quiet, and your engineering design later fails.

Also, when there’s a design change or a new solution found to a problem, tell others in your team. Because you don’t know how a trivial-looking change will affect the work of others.

I’ve had instances where engineers told me of design changes a week before a project’s deadline. They thought the design changes were trivial and unimpactful to me. Lo and behold, the changes were huge. I had to burn the midnight oil, to complete the work. I wasn’t a happy camper.

#4 Verify even the most trustworthy sources 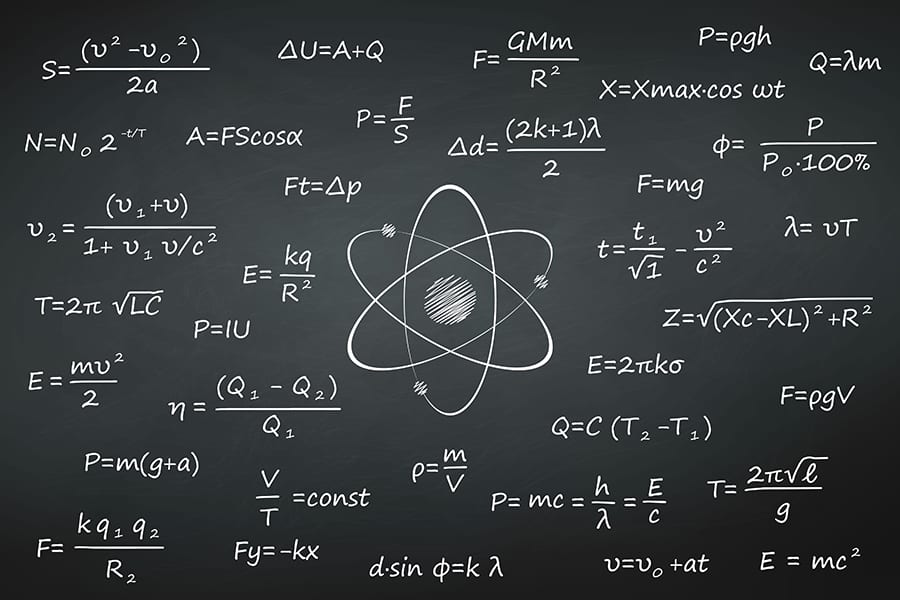 Trust people, but still always verify the information you’re given.

Imagine someone from a top global company approaches you. He comes at you in a three-piece suit, head full of white hair, and the alphabet soup listed after his name. He tells you your design isn’t implementable in the real world. Then, he backs up his words by telling you he has 50 years of engineering experience. Yet, you see nothing wrong with your proposed design.

For this reason alone, you can’t just take his word as gospel if the laws of physics are on your side. Plus, what are you going to tell your boss,

“uhhhm, boss, the three-piece suit said it’s not possible. He didn’t provide me with any hard facts to support his case though…”

This is poor engineering. You need to always verify your sources. If there’s even 1% of doubt, then speak up.

As an extreme example, let’s talk about the search for aliens. All the brightest minds on Earth can say aliens are bullshit and they don’t exist. But, nature doesn’t care what a bunch of humans on Earth think. If aliens do exist, human opinions don’t matter one iota.

And guess what? To the surprise of many, the truth doesn’t revolve around what any human thinks.

#5 Keep a record of all information and correspondence

Always keep a record of everything in a project. Your records should include the following:

These documents all become references for your future projects. Even more, if shit ever hits the fan with a project, you’ll have a record to point to.

I’ve had countless incidences, where people stated they never said a certain thing. They then turned and said they wanted a change order. But since I keep an email record of all conversations, I was able to call their bluff.

Tell your customer you’ll deliver their project in a month. But then deliver the finished product in 2 weeks. At the same time, over-deliver beyond your scope of work. This way, I guarantee you’ll have a customer for life.

Because who doesn’t want to get more than they pay for? This is the premise behind all the discount deals you find at department stores and online. For example, do the following:

Just remember though, only do this for good customers, not assholes.

#7 Create a plan of action

Don’t just put your head down and start working. This never ends well. Instead, put in the time and create a project schedule and plan you can follow. You’ll waste less time, and prevent engineering issues.

It’s like building a house. You don’t just pick up a piece of lumber and start hammering nails away. You first create a blueprint and then create a stepped plan for construction.

Be forewarned though, many outsiders may view your plan creation phase as you being lazy. Because you’re not doing actual design work. And this is where the question of, “are engineers lazy?” comes from. But, this type of laziness is good.

In the end, everyone will thank you, when the project wraps up without issues.

Problems are rife in engineering. So much so, problems and engineering projects go hand in hand. Especially, if you work on the bleeding edge of technology.

I’d go as far as to say, don’t ever become too comfortable and let your guard down. Because this is when problems tend to surface.

This is why the review process is an integral part of every engineering project. At the same time, don’t forget about the problems you find. Even the trivial seeming ones. Always aim to address every problem as soon as possible.

When you’re leading a design project, never expect others to solve your problems for you. You’re the engineer on record and it’s your job. Don’t push the puck down the line, awaiting a miracle solution to appear at your doorstep.

#9 Be the commander in charge

Imagine a foot soldier makes a mistake under your command. The soldier leaves your campground, to inspect the footsteps they heard in the middle of the night. In their inspection, the soldier is shot and wounded.

Clearly, it was the foot soldier’s fault for leaving, right? But, hold your horses. It was your responsibility to ensure no foot soldier left the campground. So just maybe, you had forgotten to lay out the ground rules.

In other words, take ownership of problems when mistakes happen under your leadership. This is what all great leaders do. Many engineer-related problems source from poor leadership and lack of initiative.

To illustrate, let’s go over an engineering example. If you’re an electrical engineer and you spot a blunder in a mechanical engineer’s work, then call it out!

Don’t sit on the sidelines thinking the mechanical engineer will notice the mistake. Maybe they won’t, and the problem will then propagate into other areas of the design. Construction failures will then ensue.

And I get it, it’s best to stay in your lane in most instances, especially when you’re not the leader. But in engineering, if you see a potential problem, it’s your responsibility to call it out. Engineers hold a lot of power with the work they do. The lives of people are in your hands. So, as the saying goes,

It doesn’t matter how you do it, but get work done. This is what great engineers do, despite mounting hardships. This may mean doing one or all of the following:

The greater responsibilities you hold, the more of these actions you’ll take. This becomes magnified if you’re working on the bleeding edge of technology too. To alleviate the challenges, there’s an entire process for coming up with creative engineering solutions. The goal is to optimize the process as much as possible, to reduce potential headaches.

A great example is the NASA engineers who worked in the Apollo program. They had the impossible task of landing humans on the moon. Through pragmatic planning though, they successfully landed a man on the Moon.

Don’t take bullshit from people who try to make you do unethical things. For example, a customer tries to get you to bend the rules to save them a buck or two. Not only does this go against the engineering code of ethics, but it’s a waste of your time.

Equally important, remain focused and don’t do unnecessary work. If someone tells you to do X activity, which doesn’t support your project scope, then slam on the brakes. I’ve found many times, non-engineers push certain activities, thinking they’re beneficial. This is usually no fault of theirs, but it’s something you need to watch out for.

In the end, it’s your responsibility as the expert to draw the line. You need to explain why certain activities will not be done. Because doing bullshit or unethical work, will negatively affect everyone involved.

These hidden engineering rules carry over to all types of engineering. And if you find you’re not following any of these rules, then adopt them. They can only benefit you.

I compare these rules to the foundation of a bridge. The more pillars you build, the stronger the bridge becomes. The same idea applies to engineers.