Not surprisingly, the benefits are plenty. Check out the below!

#1 Look for patterns and trends

Look for patterns and/or trends in the following, to spot problems before they manifest:

For example, let’s look at SpaceX’s reusable Falcon 9 first-stage booster. Engineers heavily examine the rocket boosters after every launch, despite the “reusable” moniker. They look for any damage, and more specifically, any wear patterns from launch to launch.

This examination helps identify potential future problems. But also, engineers can focus on improving points of failure in the rocket. You don’t want an explosion because an engineer overlooked certain wear patterns. Maybe a certain area of the rocket frame becomes extra brittle after every launch. This despite intense rocket structure analysis.

As another example, say you review historical data for a device. In your review, you find certain data trends upwards without an explanation. As a result, you dig deeper before the equipment fails or someone gets hurt.

This showcases the importance of always remaining attentive. When engineers overlook details due to laziness, problems always follow.

#2 Focus on anything unusual

Look to find any anomalies in designs or finished products. When I do startup testing for hydroelectric plants, certain issues I expect. But it’s the hidden issues I need to be watchful for, as they’ll come back and bite me.

One time, the generator roared loudly and violently shook. Now, loud noise and shaking are normal, but not to this degree. So, I instantly knew something was wrong. I immediately stopped the testing. Then, I investigated the unit for any abnormal installation qualities.

If I had allowed the generator to keep running, I could’ve damaged the unit. Or someone could’ve got hurt. The key here is experience. Real-world hands-on experience trumps book smarts in most instances.

So much of engineering is just a remix of past work. The point is, don’t reinvent the wheel. Think back and use material from similar projects you’ve completed. Or dig up similar work from others to reuse.

I suggest reusing as much old material as you possibly can. Of course, conform the older designs to your new project, and meet all the latest standards. This will not only save you time, but you’ll use proven real-world work.

For example, many think SpaceX is the first company to launch and then land a reusable rocket. But to the surprise of many, they’re not. In fact, the technology existed almost 25 years ago. NASA’s McDonnell-Douglas DC-X proved this technology is viable.

The DC-X prototype rocket launched high into the sky and then vertically landed. Then, NASA was able to reuse the rocket. Sometime thereafter, SpaceX entered the picture and iterated over the existing tech. The outcome was SpaceX launching rockets into space and actually executing real missions.

The point is, no one ever completely does anything from scratch. We ALL borrow from past discoveries and successes. This is why all engineers stand on the shoulders of millions of past brilliant minds. 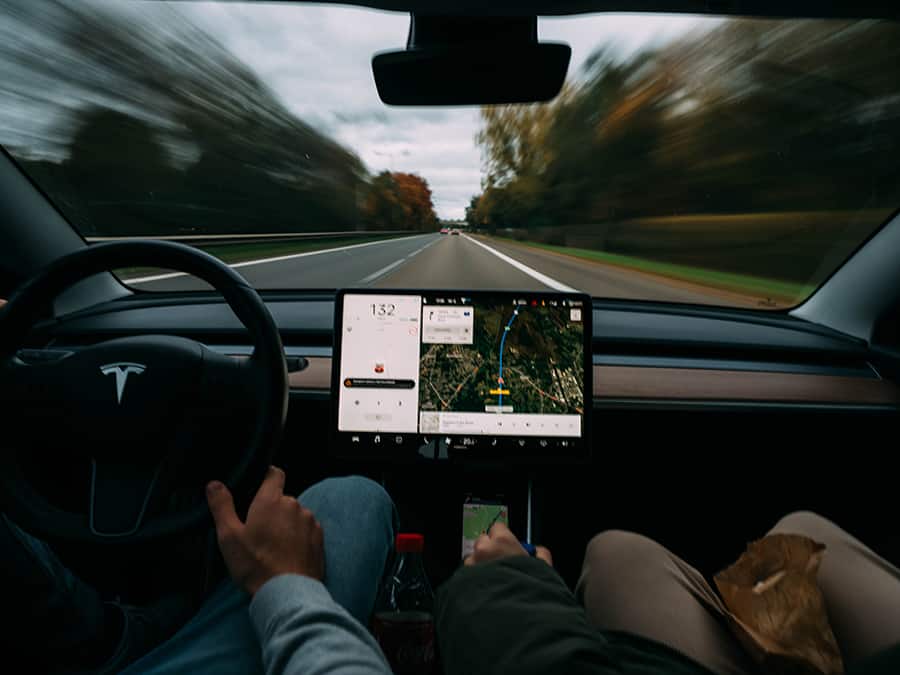 The deeper you drill into a problem, the better solutions you’ll come up with. Because in engineering, if you’re missing even a little piece of data, your entire design can be wrong.

To illustrate, think of an autonomous Tesla vehicle, which uses the following sensors:

This sensor coverage collects data from around the car for near autonomous driving. This technology is of course still in its infant stages. But if you augment any human driver with this sensor coverage, accidents rates would drop.

As an example, a human driver may forget to look left at an intersection. So, their brain is missing data from the left side of the road. As a result, this can lead to a horrific accident. For this reason, gather as much data as you can over problems. I suggest doing the following to level up your problem-solving abilities:

#5 Analyze the tradeoffs between all solution options

Don’t just run with the first design idea you come up with. Instead, think through all your solution options and weigh both the pros and cons. To illustrate, let’s go back and talk more about rockets. In the design of a rocket, engineers make many design tradeoffs. The tradeoffs begin with the following rocket design variables:

Each of these variables will affect the cost, lead time, mission types, and reliability. For example, doubling a rocket’s safety factor leads to near doubling the propellant. Because the rocket becomes heavier from the added material.

Now another option is to use a lighter material, which is still structurally strong. But then your total cost shoots up and you may then have fewer customers who can afford your service. So everything in engineering has a tradeoff. The engineers just need to consider the tradeoffs to make the best design decisions.

#6 Work with experts to level up

In engineering, you can’t learn everything on your own. There’s just not enough time in the day and there are too many types of engineering. Plus, a lot of engineering skills come from hands-on experience.

But there’s a hack…

Going back to our SpaceX example, Elon Musk founded and bankrolled SpaceX. He pulled together the brightest aerospace minds he could find. Not only did SpaceX benefit from this, but Elon was able to speed up his learning. He soaked in knowledge from the brightest minds in the industry, as he picked their brains.

Keep in mind, Elon didn’t get a formal education in rocket engineering. He was self-taught.

#7 Learn how to communicate with people of all backgrounds

Communication seems to take a back seat in engineering. And it doesn’t help how Hollywood stereotypes engineers as antisocial hermits. Because new engineers then think this antisocial behavior is acceptable.

Truth is, communication is critical in engineering. I’m talking about both speaking and writing. As a working engineer, I constantly speak to other engineers and clients. Also, I write throughout the day, whether it’s an email or technical spec.

So it’s frustrating when I need to pull words out from other engineers. To point out, I could care less how I receive the information. If someone speaks to me like a monotone robot, I’m fine with it. But just communicate with me.

My frustrations aside, lack of communication greatly hurts projects. This goes back to point #4 with data collection. Communication is the pipeline for data transfer amongst humans.

To double down, proper communication may have saved the Mars Climate Orbiter. A mission failure, which costed NASA $125 million. The communication line between Lockheed Martin and NASA was very poor. In return, the two engineering teams used different measuring units. Metric versus English units. Even more, the engineering teams had become lazy according to an IEEE Spectrum investigation,

“A critical flaw was a program management grown too confident and too careless, even to the point of missing opportunities to avoid the disaster.”

If communication was better, maybe poor management wouldn’t have existed. Someone would have spoken up against the far from optimal working conditions. And this is why I believe most engineering failures begin with poor communication.

To improve your communication, check out my following articles:

#8 Design with an eye on the future

Don’t design only for today. Look ahead to anticipate all future variables. This way, your design won’t quickly become outdated on top of unnecessary problems.

For example, I design a lot of water pump stations. But I don’t design them for existing demand unless I’m specifically told. I look into the future to see the demand a City will have in 5 to 10 years. This way, the pump station doesn’t quickly become obsolete. Imagine paying tens of millions of dollars and then 5 years later you’re back to square one.

Another thing I lately design around is climate change. If temperature is increasing in a region, I consider this in my design. Especially since from the start of design to construction completion, it can take 4 to 5 years. I’d even go as far as to say, it’s poor engineering if you don’t make such considerations. 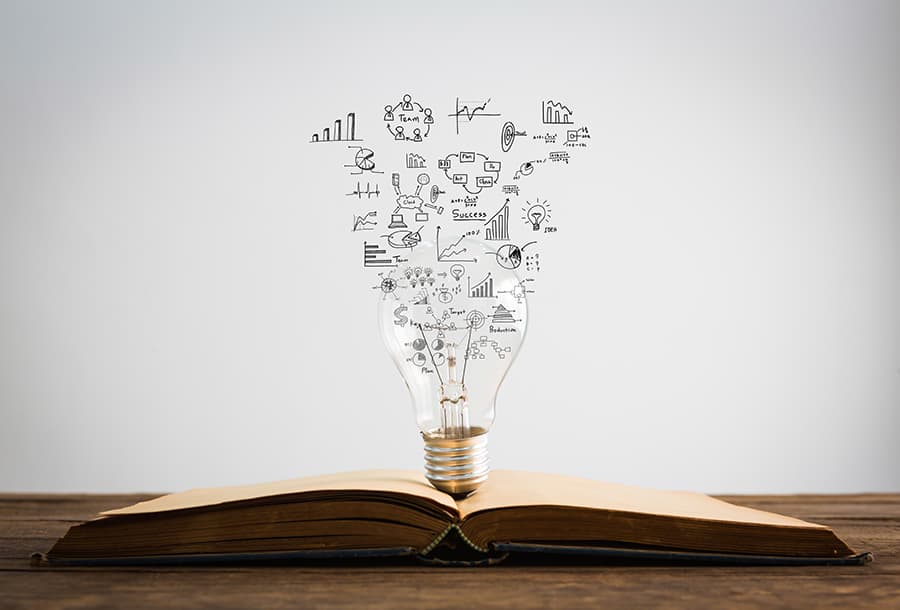 No matter how much you study, there’s always more to learn. And the great thing is, pursuing knowledge will only make you a more well-rounded person.

These days, access to Google provides us with endless information at our fingertips. The key is though, to thoroughly understand what you learn. Then, know how to apply the concepts you learn in the real world, while making limited mistakes.

For example, I know many computer programmers. Many of them piece together applications from code snippets they find on Google. And this works great when you understand the code you’re copying. But more times than not, this shortcut leads to spaghetti code. Because the programmer doesn’t understand what they’re copying.

What’s more, these coders will struggle when they need to write new innovative applications. The point is, don’t look for shortcuts. Find passion in your work and learn the fundamentals and beyond. Otherwise, you’ll eventually hit a wall hard and you won’t progress as an engineer.

Use these engineering mindset examples to level up as an engineer. In return, you’ll design better, make better engineering decisions, and gain confidence. I wholeheartedly believe this will lead you to a more awesome career, while feeling more fulfilled. A win-win!

Which of the engineering mindset examples do you think is the most important? What do you find to be the best way to level up?